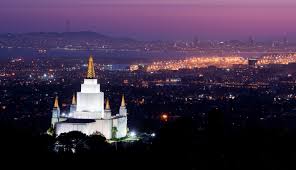 It’s not even about us as humans anymore. It’s mostly about us being portrayed as the villians of this community we call home. This home of ours, Oakland, is having trouble standing because each day we have to experience some type of discrimination or negativity that we don’t bring upon ourselves but it’s what society brings upon us. News channels and blogs demonstrate how Oakland is violent and incredibly dangerous. It’s hard even walking down the street without someone from other communities assuming that people from Oakland are going to pull out a gun and force them to give us their money. It’s hard being alone at night , walking down a lonely street assuming that we’re going to get mugged , r*ped or murdered. Some people from Oakland let the stereotypes get to them which leads us to think that our city is out to hurt us. But in reality , Oakland isn’t as dangerous as people argue it is.

Oaklands’ crime rate hasn’t been looked upon for awhile, and people assume Oakland is very violent, but the levels have gone down. In an article titled “ Violent Crime Continues Downward Trend in Oakland, But Car Break-Ins Spike “

from sfstate.com , they speak about the rates. According to the source , author Kimberly Veklerov speaks about Oaklands’ crime rate and what has been the effect over the few years. She states , “ For the fifth year in a row, violent crime in Oakland dropped, reaching levels not seen in more than a decade “ ( Veklerov ). This quote proves the stereotypes wrong because people , such as adults , constantly trash on Oakland and constantly portray it as “ violent “ or “ too aggressive “ on the TV. People don’t notice these type of changes because they just want people to assume that Oakland is a terrible place even though they never know what it’s like to live in a place as fun as Oakland. Moreover , in the same article also written by Veklerov, she continues to speak about Oaklands’ crime rate. She clarifies , “ Violent crime overall, which lumps together homicides, assaults, r*pes and robberies, dipped 5 percent between 2016 and 2017, according to the city’s numbers “ ( Veklerov ). These statements point out how Oaklands’ crime rate decreased over the years. This statistic proves the stereotypes wrong because not everyday in the news will people see Oakland pop up for a crime. Oakland is not as dangerous as people make it seem and hearing this proves that it is not dangerous. However, no one realizes or cares about people changing instead they blame the whole community but not the people. Not everyone in Oakland is a criminal. When it comes to the stereotypes , Oaklanders try their best to ignore them and slowly developed over the years and now their crime rate has lowered down which Veklerov shows in her article.  Maybe soon adults and people that aren’t of color will see this and think otherwise of Oakland. They’ll see our positive side instead of the negative side of Oakland. In addition , Oakland will hopefully continue on decreasing their crime rate in order to benefit our system and make others think twice about saying something about our city.

However, though the statistics go against stereotypes sometimes some Oakland citizens prove them right. Furthermore, two Oakland community members were interviewed and asked to stay anonymous due to personal reasons.They were asked: Do you think that Oaklands’ community adds onto the stereotypes ? if yes or no explain. The interviewee , who will remain unknown , stated , “ Yes Oakland does add onto the stereotypes because people sometimes sell drugs and hurt each other. But sometimes when it comes to selling drugs , it’s just to help themselves. Like what I mean by that is if someone is poor right and they can’t get a job , they can possibly start selling drugs or jump people in order to make money. And that’s how life is sometimes you know ? You have no other option but to sell drugs in order to save yourself “ . I also asked them a follow up question and their response really left me speechless. They said , “ Well I think people do those types of things because of what they go through and how they were raised or because people aren’t from here so they don’t really know what’s it’s like to live this life and it’s easier to assume “ .  Yes the interviewee basically proved some stereotypes right, but mostly they explained the reason why some people do the hobbies they do which was really helpful and eye opening. People from Oakland can live a pretty complicated life especially since this place gets beaten down metaphorically and dehumanized. It’s not even about the drugs , murders or r*pe. It’s about the way Oaklanders grew up and it turned some into these “ hard “ people who just want to get through life with no one bringing them down.

Though the interview illustrated this other perspective, they do feel it is not as violent as the stereotypes often say. The interviewee responded , “ Oakland isn’t that violent because there’s been less murders and less high speed chases as well as other crime which has also decreased “  This quote from a member of Oakland proves the negative opinions of people otherwise because even the community is noticing changes and yes some may believe that Oakland is violent but we’re still growing and developing into the community we all adore. Oakland has changed and people have to notice that. Oakland community members know it too and the crime rates aren’t as high as the other years rates. These assumptions that people make about Oakland makes us stronger and we change in order for people to stop looking at us as the problem because it’s not even Oaklanders that are the problem. It’s the stereotypes.

As the blog ends , hopefully this will change people’s views about Oakland because Oakland means so much to us Oaklanders and us as a community will encourage each other to fight through the pessimistic thoughts from others and focus on the positive views others see of us. This place isn’t that violent and if it was violent then the population would be decreasing and it’s not. Oakland may be negative but as the world ages , we grow into a beautiful , SAFE , and fun city that we call home. Thank you for reading !

Kimberly Veklerov covers Oakland and the greater East Bay for The San Francisco Chronicle. She joined The Chronicle in 2015 after graduating from UC Berkeley with a degree in economics. Previously, she served as the editor in chief and president of the Daily Californian, Berkeley’s student newspape.

Veklerov, Kimberly. “Violent Crime Continues Downward Trend in Oakland, but Car Break-Ins Spike.” SFGate, San Francisco Chronicle, 12 Jan. 2018, www.sfgate.com/crime/article/Violent-crime-continues-downward-trend-in-12489042.php. Kimberly Veklerov covers Oakland and the greater East Bay for The San Francisco Chronicle. She joined The Chronicle in 2015 after graduating from UC Berkeley with a degree in economics. Previously, she served as the editor in chief and president of the Daily Californian, Berkeley’s student newspaper.