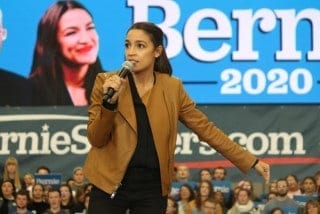 Stepping up to change our lives and our generations

I am very thoughtful about the video you uploaded on Instagram about the young generation being badass. It is great to see you argue that teenagers are brave when they advocate for change. It is necessary to have this piece of information pendant in society to highlight he valenty that teenagers show in advocating themselves to government.

One thing you said that stands out for me is: “This generation of teenagers is courageous, valiant and strong, profound and brave.” I agree very much with what you said because teenagers are speaking out for themselves. They are learning how to defend their rights. It is because they care about them. They want other people to get the rights tat they deserve.  The system really encourages them to do it due to the constant injustices. Another statement that I agree a lot with is: “One thing that I love so much about mill — this new generation is the radical acceptance that I see from so many and they actually take time to read and understand our history, the history of the labor movement, civil rights, history of racial struggles, history of economics, history of the United States, history of colonialism.” I agree with you very much because there is a say that states that the person who does not shout out , does not obtain anything in benefit. In other words, because the government system many times is very unfair and just a single group of people get everything, others are being forgotten so it is very important to remain the other side that they need to speak up against injustices in order to to receive the benefits that they desire and want in society; including education, wealth equality and racial equality.

Recently I was looking at the youth activists videos , on Nowcomment. One of them was an example of what I am saying here.

I am especially inspired by the video from Edna Chavez she explains very connected to what you state in this video. She talks about how immigrants need to me kept in mind in society. She yells how tired undermined groups are of being discriminated in society. How difficult their lives are and how unfair the racial economic equality is in the country. Her main focus is based on immigrants, since her family were part of this very known social group. In terms of education, she spoke that

“ We are tired of the things that we do not need and are starving for what surely would make us succeed in the country. We do not need security, we need resources it is why I am here to speak up (Chavez).”

It means that most likely the people tend to receive things that they do not need and as excuse, other people say that they are supplying what they should have, which is considered a trick to keep social disparities.

I have also been learning about Youth Revolt, a web page for teens strikes. What this page is about is youth people protesting, other are seeking for justices that have not been taken into account in the actuality, it includes environmental, social and political. One of them that I actually consider very essential in this century is the youth boy Xiuhtezcatl, an environmental young activist talking about environmental change. He explains that the ambition of men is going to end up with earth. Men are just thinking about making money off of fuel but forgetting that they are living on earth and it is getting destroyed because of their ignorance to protect it.

These stories are thought-provoking to what you say on your video. Most of the people who are protesting for the socio-political issues happening in our world, are teenagers. As result I thought that your video is a great match prior to defending their rights as people in the world.

Finally, I want to share with you another example of youth activism. This video also informs and inspires me!

I chose this video because it explains how many people who come from low income families who tended to not find people who understand their situations as well as never cared about support. She cares about making a difference in society in terms of racial justice., which I believe is a very important point to highlight . How the system undermines people of color.

Thank you so much for taking the time to read this letter. I look forward to hear another admirable speech from you because it encourages me to know that there are other people out there, meaning those who have another perspective are doing the job and are giving others the opportunity to speak up in someone else’s shoes with their words.