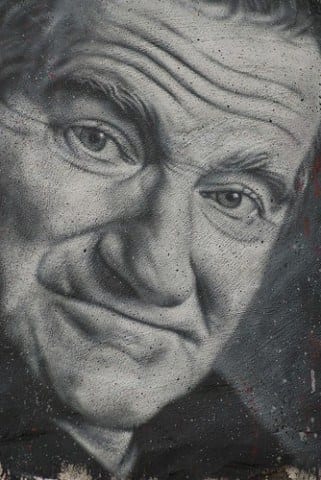 Stephen Tonti, a Senior Directing major at Carnegie Mellon, started off his 2013 TED Talk with what he is: a director; however, he goes on to say that he’s also a “writer, an actor, a drummer, scuba diver, soccer player, camera operator, airbrush artist, physicist, stargazer, rock climber, snowboarder, model maker, stage manager, camp counselor, a PA, a DJ, a club president, a magician, and for a brief stint in May of 2012, was called upon to repair two stopwatches which had stopped working”. This list of things that Tonti sees himself as is a perfect example of someone growing up with ADHD. As a kid, Tonti tried everything from poetry to comedy, rock climbing to poker, camping to music, and every sport offered at his school.

Tonti says, “ADHD is misunderstood as an inability to focus, but it’s much stranger than that. It’s not a lack of focus period. It’s that I have a hard time selecting something and giving it my full attention”. Hence, his trying of everything under the sun. There’s a ‘silver lining’ to ADHD, as once something does grab the attention of someone with ADHD, they’re able to hyperfocus. But even this hyperfocus can cause issues. Only being able to hyperfocus means that those with ADHD have a hard time completing tasks that don’t excite them, meaning rudimentary, everyday tasks may not get done. Tonti points out this flaw, as “we live in a world where you have to read your textbooks and pay your taxes”. He also points out the upside of hyperfocusing, as he can “spend upwards of twelve hours in a row editing clips… pull fifteen hour days for weeks weeks on end [before a show]…read a five hundred page novel that I love must faster than a one page article that I don’t care for”. He says it’s easier for him to see the big picture.

Since he was compelled to try everything as a kid, he was able to “explore all the possible career paths I might not have and might not have discovered what I truly want to do”. His ADHD allowed him to try different things and pursue the ones he truly loves. For him, that’s theatre and directing.

“ADHD is simply a difference in cognition, not a disorder”, Tonti says. “We are attention different, not attention deficit.” He doesn’t believe that it’s something that needs fixing, as many people-teachers, parents, physicians- think it does. That being said, he grew up with teachers and parents who allowed him to embrace his ADHD and express himself in ways the he “felt necessary”. This isn’t the case for many kids around the country. Many children with ADHD are written off as disruptive and loud. Their teachers aren’t willing to give them extra time on assignments and work with them, causing them to fall behind. Their lashing out or withdrawal from activities due to their medication is merely noted, but never brought up. Many of their environments become toxic.

Tonti believes that “we need a healthier understanding of people with ADHD, and it starts at home”. His parents supported his obsessions, took care of him through his withdrawals from medication, and allowed him to explore. Many parents don’t do that. They expect their kids to be interested in one or two things, don’t allow them to try out for a different sport, go to a dance class, design t shirts, or try out for the school play. Many kids get caught in the status quo. This then extends into schools.

“Schools need to develop a better attitude toward students with ADHD as well”, Tonti urges. Learning differently requires teaching differently. Tonti believes the solution to be in how professors and teachers act: “Professors who act more as mentors as opposed to disciplinarians inspire me. When teachers level with me, I feel like I’m more in control”. This level playing field could be the answer for many kids with ADHD.

Tonti also urges for us to “create and develop a healthier relationship with medication”. Adderall, Ritalin, and Concerta, three of the most prescribed amphetamines for ADHD are controlled substances with many effects. Tonti believes that they should only be prescribed to those who can “physically handle the effects of these drugs and their withdrawal. Twelve is far too young..There are so many alternatives to medication”.

Tonti explains that many people use ticks to help them complete tasks, like chewing pencils. “Give them rubber coated pencils!” One of the biggest points he makes is teaching kids how to teach themselves. This may be the most important piece of the puzzle. Without self motivation, kids with ADHD won’t know how to accomplish tasks. Self motivation is the key to being successful and coping with difficult problems, especially when you have ADHD. Learning how to get yourself through something that you really don’t want to do is pretty essential for surviving in our world today.

Lastly, Tonti makes the point that “our society has to embrace cognitive diversity”, quoting Shakespeare’s Sonnet 121. “Let society conform to me,” he says, and urges others to do the same. He’s saying to be yourself and have society accept you for who you are. Don’t let them disregard you as something they think you are.

Tonti closes his talk with a quote from Robin Williams, “a poster child for us in the ADHD community”: “We are all only given a little spark of madness. You mustn’t lose it”.
Photo by Abode of Chaos