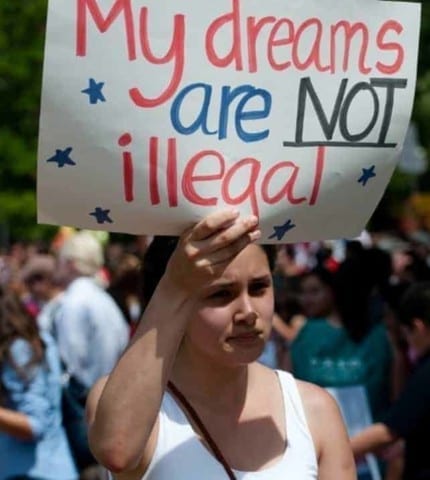 You have been chosen by the citizens of America for you to represent us, as a nation. I am writing to you about an issue that needs to be resolved by you and your people.

America is known to be a “nation of immigrants”. There are about 11 million immigrants that currently reside in the United States. Most of which are undocumented parents and children who are in need of help and I can say that my parents are a part of those 11 million. Because we are a nation of immigrants and welcome diversity, we as Americans should do our part to make them feel welcome. My parents chose to prosper in their lives by seeking for a better life in the United States but had had no success. My parents could not live up to their expectations of America simply because they had no papers. They could not afford to meet our needs because they could not find a stable job. Not long ago, the Supreme Court had agreed to hear the case of immigration and affirmative action proposed by president Obama and his administration that would save millions of undocumented immigrants. Recently, the Supreme Court chose to block the plan. This has led many, including myself, to be unsatisfied. Because they are undocumented, they do not have a saying in what they can and cannot do. Those 11 million immigrants do not have voices to speak up for themselves.  Those 11 million immigrants came to the United States with dreams waiting to come true still but instead are being used for more “votes” and for the benefit of the economy. It is about time we do something to change the system so that we not only provide them with what they need but also establish them for a better life for which they live and came for. I ,among others, want my parents to be there the day I graduate college.  I do not wish to see the day when my parents are no longer among me. As a child of two immigrants and being a United States citizen, I ask of you to represent the people that make up what the United States is, diverse.