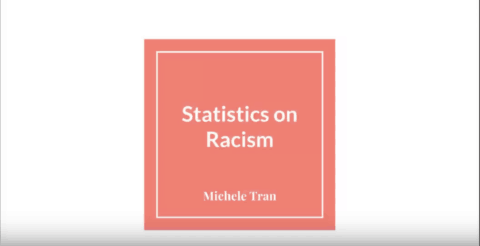 I created this video for the purpose of informing viewers on which race feels the most discriminated against. My main topic is to stop racism and police brutality, and this video contributes to that idea. I chose this topic because there is still so much discrimination now when it really shouldn’t be this big of a problem. There are a total of four videos that relate to my topic — opinions on racism, two videos on opinions on police brutality, and statistics of racism. This video was made for the purpose of researching which races are the most discriminated against and to prove the fact that some certain races are more discriminated against.

Another reason why I created this video was to help support my reasoning, that police brutality is a huge problem in todays society. The majority of blacks feel unsafe in uncomfortable in different areas and situations, such as workplaces. This should not be a problem in the 21st century, but many stubborn and racist people refuse to add people that are “different.” The fact is, that there should be no racism because everyone is the same — they are all human beings. No one should feel entitled because the color of their skin is different from theirs; you should really judge someone solely on their personality and actions. Many people have been discriminated against that sometimes ends up with their lives lost. We must bring awareness to this cause so that racism can be limited.