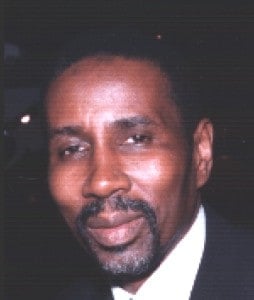 Stanley Kinard – Man, Educator, and Friend of the Arts, passed away this April leaving a legacy we will not forget. He has made contributions to the made the Bed-Stuy community and for Boys and Girls High School campus. Kinard was born in Brownsville, Brooklyn, attended Tilden High School, and received a Liberal arts degree at the University of Massachusetts. Stanley Kinard has been greatly influential and was beneficial to our community, this can be shown through his hard work.

He became an educator where he influenced young black minds and molded them into excellency. Kinard ran for candidacy for city council, and received support from the Councilman. Kinard was also the Founder of the brownsville heritage project, promoting cultural enrichment programs for the community. Kinard compared the public school system as the “lynching” of great minds. I believe that this is why he wanted to influence black minds and why he made it his mission. Kinard was the Executive Director and the Founder of the Carter C. Woodson Cultural Literacy Project where he improved academic skills through the appreciation of Black cultural heritage at Boys and Girls High School.

Stanley Kinard was a great man and excellent leader; we will not forget him. He will always live on through his works and his ideals. We are so thankful for his commitment and the knowledge that he bestowed upon us. Although, I have seen Mr. Kinard at various events at Boys and Girls High School including him bringing up the famous celebrity Motivational Speaker, Iyanla Vanzant to speak to the assembly; I have never had a personal interaction with Mr. Kinard. Yet for me, he personified wisdom and strength. He was regal in his walk and in his deeds. If he were still here with us, I would love to ask him what can I do to impact the community the way he has?; I would ask what is the first thing I should do? I would also ask him, where did he get the strength to keep going against adversity and how to stay motivated when it looks like nothing is happening?