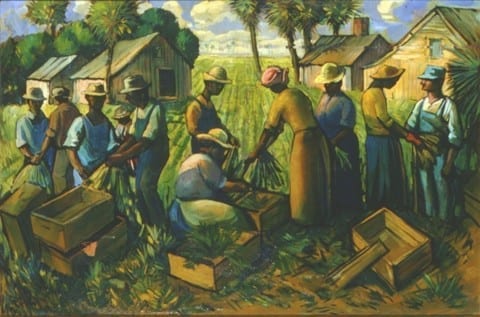 Further into “Their Eyes Were Watching God,” Janie and Joe moved to a town made for people of color. (See my comments on the second of five sections of the novel.) In this town, they see that there isn’t much progress taking place so Joe takes it upon himself to buy more land in order to expand and make more room for there to be new workplaces and houses that he plans to pay for.

During this time he was encouraged by the townspeople to become the town’s mayor. This is because he actually took action in helping the town to progress and people found his speeches and strong tone of voice to be very inspirational. It made them feel like with him as mayor the town will continue to evolve.

When becoming mayor, he started taking on a lot of responsibilities like managing businesses and holding town assemblies in order to talk about the next step forward for this town But because of this Janie started feeling neglected. She started feeling as though they no longer had time to spend alone together and to interact like a loving couple. When she confronted him about her feelings he made her feel as though she should be grateful for having the position as the mayor’s wife instead of complaining.

Paragraph 131 of part 2 of “Their Eyes Were Watching God” by Zora Neal Hurston might leave a reader feeling upset because Janie is feeling neglected by Joe because of his responsibilities as mayor, causing them barely any alone time to interact with one another. An example of this is in paragraph 131 “Naw, Jody, it jus’ looks lak it keeps us in some way we ain’t natural wid one ’nother. You’se always off talkin’ and fixin’ things, and Ah feels lak Ah’m jus’ markin’ time. Hope it soon gits over.” This is upsetting because you shouldn’t neglect your loved ones and should find ways in order to make time for them.

We learn something interesting about Janie in paragraph 393 of part two of the novel: “Naw, Ah ain’t no young gal no mo’ but den Ah ain’t no old woman neither. Ah reckon Ah looks mah age too. But Ah’m uh woman every inch of me, and Ah know it. Dat’s uh whole lot more’n you kin say. You big-bellies round here and put out a lot of brag, but ’tain’t nothin’ to it but yo’ big voice. Humph! Talkin’ ’bout me lookin’ old! When you pull down yo’ britches, you look lak de change uh life.” This is not typical of how this character acts in this book, so far. She often seems to take the disrespect from Joe in order to avoid conflict and try to hold the relationship together. I think this would add to the affection readers already have for this character because in this quote she stood up for herself and stopped allowing Joe to walk all over her.

After this part of the book, most readers probably will be looking forward to reading the rest of this book because they would want to see more of Janie standing her ground instead of being passive. What’s probably going to happen next is we might be seeing more of this side of her, where she doesn’t allow people to belittle or talk down on her and expect her to just take it.