Home Stand Up! Wake Up! 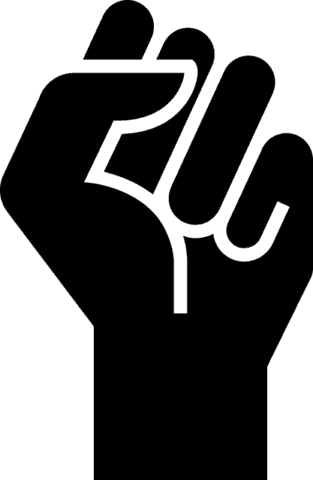 “Nearly 1 in 3 black people killed by police in 2015 were identified as unarmed, though the actual number is likely higher due to underreporting” (Mapping Police Violence). This is a huge amount of people being killed. What do people think about police brutality? Police brutality is becoming “common” and that is terrible because the crime is unfair and protesting needs to keep happening to stop it.

Police brutality in the U.S is becoming so common that every time there is news about it people don’t react the same as when it first started. In a letter “Police Brutality” by Antoine indicates “Police brutality is becoming more and more common, which isn’t good for us, the citizens” (letters2thepresident.org). The keywords in this quote are police brutality, common, and citizens. I believe that the author chose to use these words because he wants let others know what is the main topic is and what affect it has on us. The author seems very concerned about police brutality and how it’s becoming more and more common. Police brutality shouldn’t be common because most of the time innocent people are being killed for ridiculous reasons. Additionally in my interview with a parent organizer named Alexandra J. Shane indicates, “Things are not getting better. We are starting to see it and it’s starting to be normal! And I think that’s the saddest part, it starting to be normal. And that shouldn’t be normal by no means” (Shane). The author seems very upset and angry that police brutality is becoming more and more normal to people. She is upset that it’s becoming a daily thing were people see and don’t say or do anything to change what is happening. She believes it shouldn’t be a normal thing because a lot of the times it’s innocent people being killed. People shouldn’t make police brutality a common topic just because they are scared to fight back.

Police brutality is very unfair to young men of color. Firstly, when interviewing a student at Life Academy who asked to remain anonymous, she was asked what she thought about police brutality against people of color she states,  “Obviously it’s horrible! Because no one really deserves to be hit. If it’s in the name of self defense I can see why but… many police officers pull that self defense card when it cannot be applied to the situation” (Anonymous). The keywords in this quote are self defense, applied, and situation. They chose these words to point out how police officers always have excuses to hurt somebody. Excuse as in “I am the law try anything and I will make sure you never try anything like that again”. These words that the student used shows how much polices officers care about our community because instead of protecting and serving us they believe we are a threat and going to attack them so they pull “the self defense card”. The feelings expressed by the student seem to be very passionate as you can tell by the exclamation point. Moreover, In the article “Young Men of Color and the Other Side of Harm” Danielle Sered illustrates “Young men of color internalize it’s negative messages, but because it can also powerfully shape how others see and treat them–with serious implications for social services, the criminal justice system, and the development of an equitable society more broadly” (Sered). The keywords in this quote are internalize, powerfully shape, and serious implications. The author chose to use this word to show how young colored men are impacted by what police officers say about them. They internalize themselves and are seen as a threat to the public eye because of what police say or do. The police officer’s actions or sayings affect young men of color because people then start feeling unsafe around any colored person. This would then make it unfair to other people of color because they might get blamed for illogical reasons like stealing or committing a murder. Many people may say it’s the child’s fault for getting caught up for example the story about a kid names Tamir Rice. Tamir Rice was a 12 year-old boy who was shot by police officers when a 911 caller said that they saw someone with a gun (possibly a toy gun). People may argue that he shouldn’t be playing with guns even if it’s a toy because when they get older they might once to use a gun on somebody. But either way police officers shouldn’t have to shoot every time they believe somebody might have a gun. Also the 911 caller had mentioned that it might just be a toy gun meaning the police officer shot the 12 year-old knowing it could have just been a toy gun.

Police brutality is happening all around us and nobody is doing anything to stop it. In the article, “Police Violence, Resistance and The Crisis of Legitimacy” Kristian WIlliams explains, “Police shootings are relatively common, but only rarely create public controversy. The victim is usually forgotten, except by those persons who knew him personally. The cops involved are often treated as heroes and issued commendations” (Williams). The keywords in this quote are rarely create, public controversy, cops treated like heroes, and issued commendations. The author chose these words because they want to show that when nothing is being done the cops are rewarded for doing an “outstanding job”. The author also chose these word because they want to let people that they are rarely protesting to make a change. People need to realize and put a stop by protesting when instead of justice happening police are being treated like royalty. Furthermore, people should become more active and awake in the their community because they may never know if one day it will be one of their family members on the news. Additionally police brutality isn’t stopping because people aren’t doing enough to stop the situation. People can say they are fighting, but not hard enough because nothing is being done. They might talk about Trayvon Martin who was shot by a police officer and sparked protest across the country. Although people have been protesting nothing at government level has been changed.