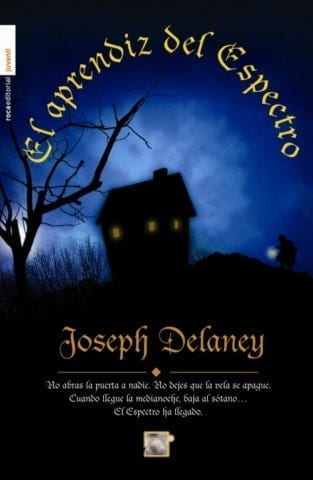 So far, the characters in El Aprendiz de Espectro remind me of something I experienced. In the story, Thomas was a thirteen-year-old boy, he was the seventh son of a seventh son and he lived very happily on a farm with his parents. His mother told him that he had to leave because his brother and sister-in-law were pregnant. And his room was going to be for his nephew. Then his mother insisted that he had to leave. He didn’t want to but they forced him and obeyed. Then one morning the Spectrum was waiting for him outside his house. This is a bit like what I lived because in my case I moved away from my mother but it was not because she ran me but because we had to get away because she went to work outside the town where we lived to give us a better life.

Thank you for your comment. I like that you relate your life with mine because I know that I was not the only one who went through that. But in reality it is very sad to live that. And how long were you away from your mother?

I am sad by your post, “Spectrum,” because it is very sad that you have separated from your mother. It is sad to hear what you went through as it happened to me too, I separated from my mother because she was busy going to work outside.

Thanks for your writing. I look forward to seeing what you write next, because i like your topic. Also because I reflect on what you write as I go through the same. I hope and keep writing more to be able to connect the same.