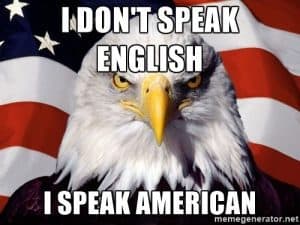 There was this teacher and all the students were involved in a situation in a public school in New Jersey. The situation was that there was this teacher that made a comment, and told the students that, U.S. soldiers are not fighting for your right to speak Spanish — they’re fighting for your right to speak American.” Some of the Spanish students did not agree with what she said. the students walked out of class. Eventually, when they left, the rest of the class walked out to and one of the kids pulled the fire alarm so the whole school evacuated. The students were protesting for their rights because they knew it was not fair.

In my opinion, I think that the incident was racist because the teacher made a comment that was discriminatory. The way I see it,   probably the teacher thought the kids were talking badly about her. In my experience, I’ve seen people being racist to each other and cursing at each other and they sometimes end up fighting. What the teacher said was not right. She should have apologized to the students because she offended them.

Hi Victor. I think this was a racist and inappropriate remark from the teacher too. Speaking in any language is protected under the first Amendment, “Congress shall make no law respecting an establishment of religion, or prohibiting the free exercise thereof;…” Anyone has the right to express themselves in anyway. How severe should her punishment be? Should she be fired for this, or be suspended for a period of time? Thanks for bringing this to light. I never heard of this story before.
Tanner
Quote source: http://constitution.findlaw.com/amendment1.html