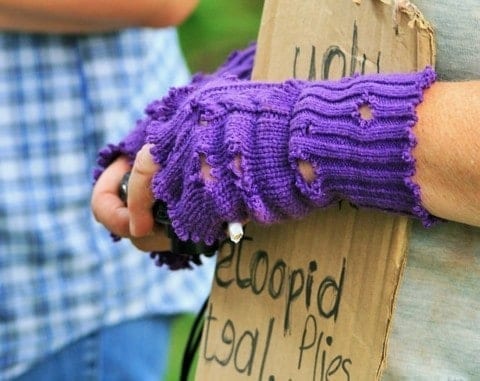 Panhandling: to stop people on the street and ask for food or money. Begging. We see this everywhere, from my home city of Salt Lake to rural Midwestern towns. People stand next to freeway exits with cardboard signs reading “Homeless. Anything helps”, “Stranded. Need money for bus ticket”. Many feel bad for saying no to them. I mean, we’re taught to help those in need, and they’re in need right? It turns out that only a small percentage of people who panhandle are actually in need. For many of them, it’s merely a business enterprise. So how do we deal with panhandlers, and more importantly, how do we help those who truly need it?

According to SLCHOST.org, “panhandlers and homeless people are not necessarily one and the same. Many studies have found that only a small percentage of homeless people panhandle, and only a small percentage of panhandlers are homeless”. In 2013, KSL did a story and investigation on some panhandlers, interviewing and following them around. What the panhandlers told the investigators didn’t quite match up with what they found. One man, Gary, told KSL investigators that he couldn’t walk after being struck by a hit-and-run driver. “What I’m saying is I can’t walk…I wish I wasn’t in this situation, but a lot of people don’t believe I’ve got a broken leg”. During their investigation, KSL recorded Gary, you guessed it, walking. After looking into his history, they’ve also found that he’s been arrested or cited more than 70 times on charges of trespassing, theft, and sexual battery. A witness, Tom Jager said “he saw a car dropping of a crew of panhandlers in the morning and picking them up at the end of their shift”. After confronting one of them, they confessed to not being homeless and using panhandling as a business.

So how do we tell who really needs our help, and how do we help them? SLCHOST.org suggests donating to Catholic Community Services, The Rescue Mission of Salt Lake, The Fourth Street Clinic, and many more. If they are truly in need, these places have the best resources to help them. We don’t have to be rude to them. We don’t have to turn a blind eye to them. Homelessness is a problem along the Wasatch Front and across the country. We need to find better ways to provide help to those who need it and stop the abusive system of panhandling.

Great article, Zoe. Brief but informative, as it provides relevant resources and also good questions to ask when trying to A] distinguish who’s really in need and who isn’t–which will always be difficult, as we’re essentially stereotyping, and B] using the resources available to direct those potentially in need in the right direction.

I live in Philadelphia and panhandlers can be found at every major intersection and city street. Sadly, it’s quite apparent that many of these individuals are youth who are on some drug, blended in with others who have rather fancy signs asking for financial assistance. For me personally, I refuse to give change and instead offer food if I have it; food after all is a more essential need.

Nevertheless, it’s important to not subject ourselves to those trying to scam us, selectively deciding to appear as a homeless person while in reality, most homeless individuals, per reports, don’t take part in panhandling. Use some of the key signs as a way to distinguish those in need v. those who may be asking for money as a business. Perhaps a trend will develop that’ll make this more easily disguiseable.