Space Exploration Is Worth The Cost

Home Space Exploration Is Worth The Cost 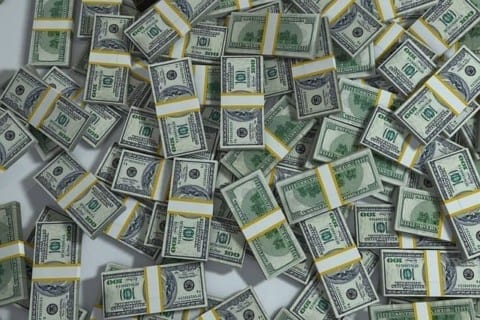 The first object ever launched into space was by the Soviet Union in 1957. While it was only an artificial satellite it was the start of something huge. Not too long after this the Space Race started and the speed that we developed was incredible. The thing Americans started noticing was the amount spent do this. Are we spending too much on space exploration? No, and I’ll tell you why.

As humans we strive to know as much as we can. We can not put a price on knowledge and the more we know the more we can help others. We work to find what we don’t know out there and if we do find anything useful for the population it will all be worth it. NASA and space exploration causes great economic stimulation. The supplies and staff needed to build and manage these great machines is very large. It offers a great amount of jobs and helps the people. At this point in time, anything that can stimulate the economy helps.

If we don’t go further into research and exploration about space, other countries will. Ever since the Space Race it has been very competitive to have the edge of space control or advancements. Human nature is to want to know more. If the US doesn’t strive towards greater heights, others will and then the US will lose its competitive edge. If we ever do get into a war in the future, which seems somewhat possible with our government, we need to have the upper hand. We are expanding fast and soon the Earth will not be big enough for us. We need to start thinking ahead for a new home in the future. We will be capable someday we just need to find places. If we are able to inhabit another planet it will be a huge advancement and can assist in controlling crime, environmental issues, and much more.

NASA has made huge technological advancements that have become an integral part of things we use everyday. These items include the MRI machine and the Reusable Rocket Motor that is used in the military. We wouldn’t have satellite TV, internet, and many other things you take for granite. Scientific advancements that are discovered through space research can be very helpful for everyday life. Without space exploration we would not have weather technology to find and predict horrible disasters. People argue that space exploration has resulted in unwarranted deaths but without the advancements we have made through these missions, we would have many more deaths.

On the argument of it being too expensive, NASA’s spending is only a fraction of federal spending. NASA’s budget is 19.3 billion out of the 3.95 trillion of federal spending. Space exploration is 0.5% of the total spending. We should be focused more on the extra spending on other things such as military and defense. This 0.5% includes environmental monitoring and more. If you looked at NASA’s spending alone it would be 1.63 billion as of 2016 or 0.04% of the total federal budget.

Overall our want for knowledge and exploration can really only benefit us. The spending from all of the efforts put forth is not even a percent. The discoveries and inventions made are incredible and have changed so many lives. Space exploration is also something for the people. The idea of space and the unknown intrigues people. As long as we are working towards it and making improvements the population will remain entertained. In conclusion, there are bigger issues to worry about than the vital idea of space exploration. It does not affect the people negatively and could only help the more we explore. If we continue space exploration, it will only benefit us.

Hey Shane, I really liked reading your article. I wrote something similar as my first post to this community: https://www.youthvoices.live/2017/09/18/can-we-colonize-mars/ . While space exploration is a possibility, I think it could be argued both ways. In my article, I neglected to answer why we should, or shouldn’t, in depth. While we certainly could fund an interstellar colony, it would be difficult to maintain, and impractical at the moment. Until we can further develop technology to accommodate large scale life outside of Earth, interstellar travel would prove nearly impossible for more than just logistical reasons.
https://www.youthvoices.live/2017/09/18/can-we-colonize-mars/