Soviet Architecture and Depression, The Khrushchyovka 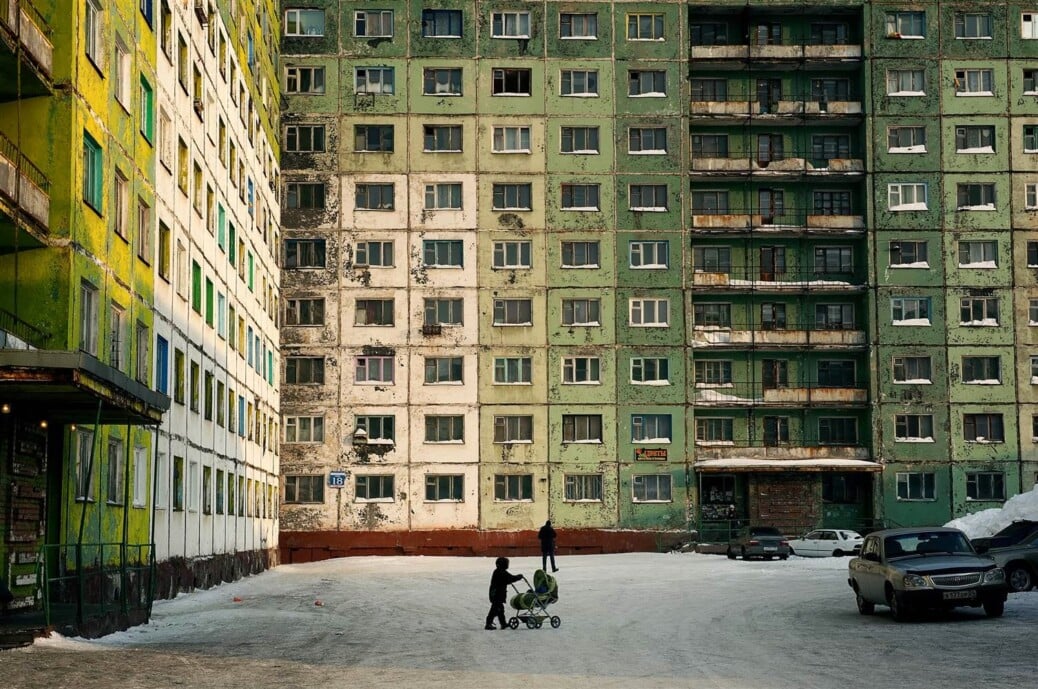 According to a map by Radio Free Europe, Russia suffers more than 20+ suicides a year as do many of the baltic states and other Eastern European nations. Why is this. I assert this is because of the grayscale nature of European Russia and in addition to this the grayscale nature and Soviet Nostalgia of many other eastern european nations. The Soviet Union’s collapse in the late 80s and early 90s certainly led to a wave of repercussions as any rational minded person could of course deduce. One of the lesser talked about but well documented incidents is the presence of Soviet Nostalgia amongst many older and younger Russians and Ukrainians. In an article published by Newsweek.

“Many Russians said that they regret losing the single economic system that existed in the Soviet Union, while others say that they miss living in a great world superpower. Older respondents expressed the most nostalgia. These sentiments have also been expressed by Russian President Putin, who famously described the fall of the Soviet Union as the biggest geopolitical disaster of the century. He made those statements in a state of the union speech in 2005 and has arguably spent the last 13 years working to restore Russia’s role as a major superpower.”

With not only an older population missing the old Soviet Union but in addition to this a leader of the nation who seems to have the exact same nostalgia it is easy to see where some of it may come from in the younger generation. This effect certainly in Russia and across eastern europe could be seen in the still used old Soviet Architecture acrossed Moscow. Blocky apartment buildings are still a very large staple of former Soviet Republics such as Ukraine, Belarus, Poland, and of course Russia. A younger generation growing up in the corpse of a now dead USSR with a leader that seems not to want to move away from the past but instead go towards it creates an atmosphere of gloom. The stereotype of many of these buildings in addition to this is to be a bleak gray with an overcast sky above the suburban streets of Moscow. While an exact statistic on how many grayish buildings exist in suburban Moscow is not included here, a google search and going to the images tab will show you this effect that I am talking about. The large ex-soviet apartment buildings reach high into the sky with a lack of color following them.

Due to both of these factors an intense feeling of depression and hopelessness is built by the very area the Russians live in. These buildings are known as Хрущевка (Khrushchyovka). The name translates to Khrushchev Slums. They are named after Kruschev as he was the leader who attempted to use them as a solution to the housing crisis of the Soviet Union in the 50s. The ending of the word roughly translates to slums. They are well documented to be uncomfortable, depressing, and horrible to live in. The living conditions within these buildings of course range; however, they are often, according to interviewed Russians and those who share stories, absolutely horrible. See linked youtube video.

This song by a band named молчат дома (Molchat Doma) called судно (Sudno) talks about this very idea. The life of many urban Muscovites and the people of other European Russian cities begin and end in the aptly named Khrushchyovka, horrible slums made by Kruschev during the time of the Soviet Union. The song talks about waking up to a bedside, window, table, dripping faucet and other such notable features of the Khrushchyovka. The inside of the Khrushchyovka create already a low rent depressing atmosphere that perhaps is not unique to Russia; however, looking at the external is a distinctly Soviet atmosphere now rotting in the Russian Federation.

The gray tall buildings rising high into the sky. An article from Strong Towns talks about how America is beginning to trend towards this style of building. “These are two wildly different contexts. Communist vs. capitalist, different continents, different climates, blah, blah, blah. They have nothing in common culturally or politically. But both the centrally planned government model and for-profit corporate model arrived at the same destination. These buildings are the result of institutions driven by vertical integration, economies of scale, regulatory compliance, and the demands of physics and engineering. So hold off on any touchy feely assumptions about the left or the right. We’re observing convergent evolution and constrained maximization at work here.” An image of a Springhill suite is shown below in the article. The creation of vertical integration and the rising cubic housing design is a depressing move for architecture. The buildings while painted may not exude this atmosphere which is why we do not get depressed in a Springhill Suite; however, a gray Soviet high rise is a completely different story.

The reason ultimately any of this matters is a message towards how to do architecture perhaps more properly. We must keep in mind the effect architecture and our surroundings have on our mental health. Russia has made futile efforts to make these buildings a tad bit more lively or exciting by painting them fully red or yellow; however, the rotting and grayscale atmosphere often overpowers the attempts of the government to create architectural happiness.