Solution to the Opiate Crisis

Home Solution to the Opiate Crisis 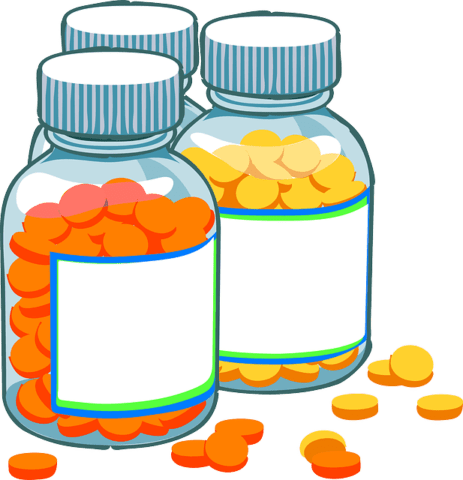 Although 85% of Americans believe that medical marijuana should be legalized, the trump administration has been pushing for a pull back of legalization laws. He previously stated that he will allow those who are already using marijuana for medical purposes to keep doing so, but recently he has threatened to reverse this policy. Efforts to keep this policy in place, such as CBD extract which is just the CBD oil extracted from the marijuana plant. CBD extract from the plant contains little to no THC, meaning that users will receive no “high” but still benefit from its medical effects. 29 states in the US have at least legalized the use of medical CBD, which can help treat insomnia, anxiety, spasticity and pain. Although CBD has many benefits, it is still an early concept and requires much more experimentation and testing to make sure it is effective.

I recently interviewed my government teacher, Diana Pugh, about her perspective on the legalization of marijuana. Mrs. Pugh agrees that legalization has shown a lot of potential, medically, socially and financially. She says that to have a more definite answer, marijuana would need to be reclassified from a type 1 drug. Right now she thinks that marijuana is classified as far too dangerous and that limits the amount of research conducted on the drug. The only way to be confident that marijuana is effective and safe is to conduct more research and collect more data, but the federal classification puts a huge barrier on that. She has also said that marijuana is a potential great solution to the opioid crisis that we are currently having in the US right now. As studies have shown, marijuana is a great pain reliever, especially for chronic and moderate pain. Meaning that it is a great alternative over opiates, as it is far less addictive and far less lethal than the current prescribed pain killers.

In conclusion, legalization of marijuana is a very popular topic among Americans today. The medical and financial potential that early studies have shown look promising. As the opiate crisis in America seems to continue to get worse and worse, marijuana might be a great solution to a growing addiction problem in our country. Studies that are experimenting with marijuana as a pain reliever are still being conducted, but they have also been promising in their early research. One thing can be sure though. Marijuana needs to be reclassified from a Type 1 drug to appropriately match the risks the drug. Reclassification will encourage more research and will limit the amount of expense used on criminalizing a drug to the level equivalent of crack cocaine and heroin.

Hi,
I thought your post was very well written. I am just as curious as you about this topic. It always puzzles me because if we have a potential way to solve a scary problem why wouldnt we do it. Im sure marijuana could have its downfalls just like any drug but through all its research it seems way less harmful then cocaine or all the scary drugs. I hope eventually people will stop getting addicted to any sort of drugs because they do ruin lives of the users and those around them but that seems unrealistic to ask of people so for now if theres a better solution by replacing with marijuana I say we start trying to switch people.

Koji, your post was very well written. I have also read a lot about the emerging and controversial legalization of marijuana within the United States. I found the article that I included in the bottom of my comment quite compelling. It shows the social and physical preference for marijuana as a pain killer as compared to opiates. This article examines some of the positive ways the legalization of marijuana could affect the current opiate crisis. I find your topic very intriguing and I look forward to reading more of your research. All the best my friend——

Koji,
This is a really interesting post. I have obviously heard about the debate over legalization but I never thought of the connection to the opiate problem. That is a very interesting idea and I personally think that if it would relieve the pain of people in need of opiates then it would be a very sensible idea to use medical marijuana. Do you know if there has been any testing in this matter of marijuana in place of opiates?