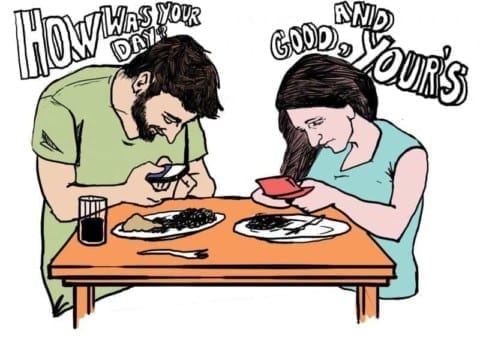 Social movements have played tremendous roles on the effects of the world today. Throughout many different Social Movements in world history for example the Civil Rights Movement, The Women’s Rights Movement and the modern day Charlottesville protest. the media has played a role in the engagement of these movements. Social movements is a group action, where individuals or organizations are focusing on political or social issues. They carry out, resist, or push for social change. With the technology that is accessible today, we have the ability to be informed within seconds of news. This gives us the opportunity to see, judge, act, and gain an opinion on the situation. Many news companies express the information through social media. Allowing anyone who is available to access this information with ease.

This allows social movements to reach mass medias all around the world, to spread awareness to all. Which formulates the question, Does social media  have an effect on social movements? In my opinion, it does, social movements play extraordinary roles in the way we view our world, but with the help of social media it helps access media in the matter of minutes. Social media is a good way to help organize and communicate. As I previously it allows to share information quickly. For example Facebook made it easy to connect groups of protesters and plan events. Not only do social movements improve our ability to communicate but it enhances the knowledge on the subject as well. advertising businesses and helping foster friendships between individuals who may have never met without social networking, the over-usage of social media networks can also lead to negative implications.

While there are countless exciting improvements in technology and social media have greatly increased communication across cultures and positively brought attention to events around the world, it is imperative that we examine the negative implications that social media usage has had on the human experience. The overuse of social media is impacting every generation as technology continues to improve over the years. Also  research has shown that internet usage can have a highly negative impact on our mental and emotional health. As social media continues to progress all sites continue to grow, sites like Twitter, Facebook, and instagram all are growing at a fast rate. Social media has great connections to charities, business, and social movements to help promote themselves to the world. Social media can be used to spread awareness.

Social media spreads very great awareness and acknowledgements about individuals along with social movements. With so much good there always is a negative effect. Studies have shown that social media can affect or emotional and mental health. For example a man named,  Jason Russell, forwarded a link to an internet documentary called Kony 2012,which shared his deeply personal web experiences regarding African Warlord Joseph Kony. The film brought awareness to issues of African children and children soldiers. The social media fame played a very impactful role on Russell. He began obsessing over the number of views and likes he began to receive. Russell later was diagnosed by his doctor that he had temporary psychotic break.  He felt that social media was controlling his life and his own emotions. Which he decided to get help to get this problem resolved. This is just one example of how social media can have both positive and negative implications on an individual, as the fame has caused severe mental health for Russell, but also brought awareness to a growing solution of child soldiers.

Social media presents plenty of news daily with post involving pretty much anything you can think of. Allowing anyone who is available to access this information with ease. Thus, giving us the ability to be informed within seconds of news. It plays a role for the understatement of social movements and individuals throughout the world. social movements try to attack mass media’s to spread the news to obtain followers and supports. Whether you are for the movement or against the movement. The plan behind it is to obtain your attraction to gain involvement through the media. I believe that it plays a huge role within the beliefs and understanding of social movements. With many viewers on social media it allows to put for the movement and spread awareness a lot smoothly.