Social Media: Why Do We Use It?

Home Social Media: Why Do We Use It? 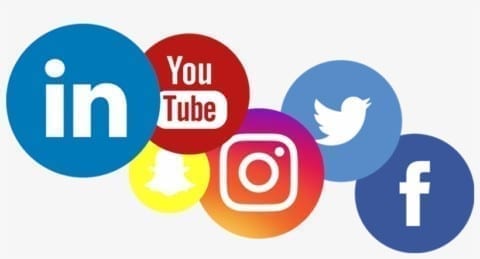 In order to understand the impact of social media on modern culture, one must first become familiar with its development. As media, specifically newspapers, radio, and television, flourished in the 20th century, so did the beginning of the internet. The purpose of media, in general, is for the public to stay connected — to stay informed. Because humans are social creatures, we require social interactions and media in many ways, helps bridge the gap between people. Newspapers connect people through written word and pictures. Radio utilizes the eloquence and emotion of human voices. Television uses a combination of both; requiring clear language and a sharp image. However, social media is distinct from all other forms of communication because it is understood to take place in an online forum.

You really can’t have social media without the internet. How did it begin? People may have a somewhat vague timeline in their head about the creation of the online world. With computers built in the 1990s, they allowed for various computer codes and programs to spread like crazy. The Oxford Dictionary defines social media as “websites and applications that enable users to create and share content or to participate in social networking.” With the first full-fledged social media platform, Sixdegrees.com, launching in 1997, and both Facebook and Twitter beginning in 2006, the world has only gotten even more connected online (Interesting Engineering.com).

These platforms have a multitude of benefits far beyond their intended purpose. Social media, as previously mentioned, has social benefits, but it also has economic benefits. More businesses have begun to use social media to build up and inform their consumer base. These places of business “understand the essence of social media in building the brand and increasing the overall revenue” (Kakkar ) is extremely impactful. As businesses are able to increase the awareness of their brand and engage with customers (or potential ones), these organizations can greatly boost their sales.

This is why social media is so influential to a person’s daily life. They can share what they feel through a tweet, express their opinion with a picture, and respond to anything that stimulates them. It provides a shallow version of social interaction so many people feel fulfilled socially even when they really aren’t. Social media is can sometimes be “pretty shallow (Psychology Today.com)” because it fills a social void that many people didn’t know they had.

Sites such as Instagram, Twitter, and Snapchat want their programs to be used in positive and empowering ways. From phrases such as “believing that everyone should have the power to create” (Twitter.com) and “empowering people to express themselves, [by living] in the moment” (), social media, at its core, aims to create a positive and authentic environment for human expression.

“Your Social Life Is Not Your Social Media.” Psychology Today, Sussex Publishers, www.psychologytoday.com/us/blog/our-gender-ourselves/201310/your-social-life-is-not-your-social-media.

Kakkar, Garima. “What Are the Impacts of Social Media?” Digital Vidya, 4 Jan. 2019, www.digitalvidya.com/blog/impact-of-social-media/.

I agree with you. Social media is important for people to stay connected with the events and news reports on a daily basis. I use social media everyday to check up on what’s happening with my friends as well as important news that matters to me. I get easy and quick access to information which is a main impact of social media on modern society.

It was really interesting reading the start of social media and the use of internet and how far we have gotten with it nowadays. For many people, social media acts as a form of self expression being whoever you would like to be and also for businesses it acts as a form of spreading information about their product to consumers. Whatever purpose social media serves for an individual, it is agreeable that there are many positive and negative affects. You focused much of the positive side of social media, but there are also many negatives to social media as well. I believe discussing a little bit of the negative affects of social media would give a better understanding and impact to social media, here is an article discussing the negative side https://www.makeuseof.com/tag/negative-effects-social-media/

I really like how you focused on the development of social media and made it known how it is made possible through the Internet and the benefits that we experince.