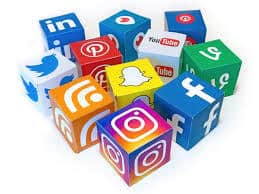 Many people, of different ages, argue about the topic “should teens have access to social media”. For most social media apps, it says that one has to be at least 13 years old to have an account. However, most people ignore the age requirement. There are many kids, younger than 13,  that have social media. One might wonder how they do this. Basically, they lie when signing up for an account. They put a fake age and sometimes they put a fake birthday.