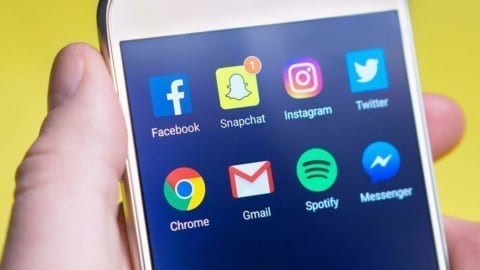 81 percent of Americans use some sort of social media platform today. 1.96 billion people use social media worldwide and this number is expected to double by 2018. The number will exponentially increase until eventually everyone who has access to social media will likely be on. Many people focus on the negatives of social media, such as unproductiveness caused by social media, cyber bullying, and laziness that are often produced. Others focus on the bright side where social media helps keep our world connected, updates us on important events, and allows us to talk to friends and families with ease. But one thing people don’t always discuss are the advantages and disadvantages to not being on social media.

http://www.pewinternet.org/2010/08/27/older-adults-and-social-media/ made an interesting point saying that the number of adults over the age of 50 has doubled in the past year. And the reasoning behind this is because people who are not on social media feel like they are at a disadvantage. They feel like they don’t have access to the information available at most peoples fingertips. They feel like they are left out of situations and unable to stay connected with family and friends. And the most interesting point made by the article, they feel they are unable to socialize with coworkers and friends. Many conversations today begin with “did you see…” which is usually followed by some craze that hit the internet days before. And the article found that people found it easier to log into social media accounts to fit it rather than finding something else to talk about with their friends, or having the self-restraint to stay disconnected.

Another interesting article, https://blog.oxforddictionaries.com/2014/06/social-media-changing-language/, found that people are changing the way we speak face to face due to social media. The shorthand terms and acronyms we use in social media can now be found in a normal conversation. The addition of the changing language makes the people who choose not to use social media unable to fully engage in the conversation. Again, the easy fix is to join social media, which is why so many more people have logged on.

The disadvantages those who do not engage in social media today experience are becoming more and more. As our technology advances, as do various media platforms, it is becoming nearly impossible to be disconnected.

Interesting post, Chloe! I really enjoyed how you also looked at the advantages of social media because most people solely focus on the negatives. Based on your post I think you would enjoy this article (https://www.makeuseof.com/tag/negative-effects-social-media/) that I’ve recently read. I look forward to reading your future posts!

Chloe, I thought it was very interesting how much truth is in this article. I, on daily basis, find myself talking in what would be short hand. I also liked the fact that you used both sides of the argument, that made your article much more reliable and credible. I do think that the fact that we talk in short hand could be bad because some people don’t understand that there is a time and a place.

I found this article very interesting due to its truth. Those who do not stay up to date with current events on social media are definitely more out of the loop. And this could be bad as those who are at a loss may feel awkward or like they are not in the right group and that could be bad for friends. A group of friends might change if some of the people have a different view of something that is going on in social media today or even if they just do not have an opinion. Overall I really enjoyed this.

Hi Chloe –
I really like this topic because it is so weird to think about. In contrast to earlier generations, we really are so reliant on online communication for day-to-day interaction. We all use it to some extent, and it’s become such a phenomenon that even those who were born in an age without computers are beginning to rely on them for communication. Cell phones, even, have become a medium for mobile social media. I can definitely think of more occasions on which I have personally used social media on my phone than have made a phone call, the very purpose for which the cell phone was originally made. One recommendation I have for this piece is when you say ” the number of adults over the age of 50 has doubled in the past year”, I think you mean the number of adults using social media. I got a bit confused when I read that as “more than half of the current 50+ population was 49 last year”. I’m just scraping the bucket, though. Here’s another really interesting article about social media and its relevancy: https://www.theguardian.com/technology/2014/jan/22/facebook-princeton-researchers-infectious-disease. I found this article particularly interesting because it seems like social media today is at a golden age, and yet Facebook, the pioneer of this revolution, might actually be the worse for it.
This was a great topic!
Hunter