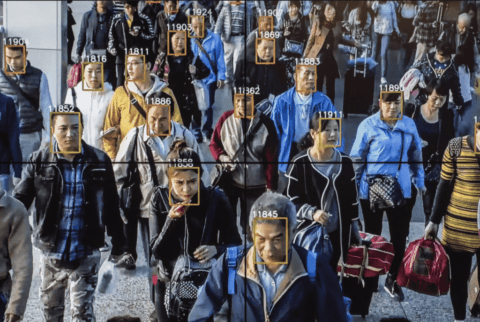 If freedom is granted to you on a daily basis, it is hard to imagine living somewhere where your trustworthiness and loyalty in the eyes of your government is what determines how capable you are of living your life to the fullest. In China, there is something attached to your name everywhere you go: your “citizen score”. Your citizen score is determined by how cooperative you are with the government’s requirements, such as not jaywalking or posting a comment online contradicting the position that China has taken on current events. It can also be determined simply on how well one follows the requests of the government, like not buying alcohol online or items that don’t support China’s economy. The demoralizing effect and lack of nationalism that comes as a result of this citizen score is a serious cause for concern and a reason for this intense surveillance to come to a halt.

According to New York Times, the search for an authoritarian future isn’t all negative. In Wuhu China, a murder suspect was identified using these cameras. This raises the question: are the millions of cameras and billions of lines of code worth the extra help in the public order department? The answer to this question may be yes, if you’re someone looking for a more controlled and organized society. However, if one is looking for a more spirited society with a strong sense of free thought, then the answer is no. This autocratic dream in the eyes of Chinese lawmakers doesn’t only turn citizens against citizens in search for a higher citizen score, but it turns citizens against government officials. CBS New York tells a story about a journalist, Liu Hu, who tried to book a flight but was denied as he was informed that he was banned from flying due to his untrustworthy image in the eyes of the government. Not only is he prohibited from flying, but he cannot buy property or send his daughter to private school. These incredibly significant repercussions are all due to a tweet he sent out; the government told him to apologize, but his apology was deemed insincere. These civilian guidelines should not be powerful enough to control the life and well being of not only the person possessing the score, but their uninvolved family members.

The obvious solution to this dystopian fantasy would be to stop the excessive surveillance. Unfortunately, in a country that is run by officials who seemingly agree unanimously on a heavily surveilled society, that cannot happen. A logical way to go about this problem is to raise awareness for the inhumanity that comes with this controlling system. As national officials who seek more authoritarian customs within communities, see the effect of China’s unrelenting surveillance policy, there is the possibility they will conform to it. A social credit score isn’t something that pushes a society further, but rather advances behavioral conformity to oppressive governments. Like this essay, attention needs to be called to this issue via social media, news sources, etc. As citizens, there aren’t concrete changes we can make to China’s way of governing, but we can help everyday citizens as well as benevolent leaders become more aware of why this is a real issue and hopefully push them into a position where they seek out positive changes in society.