Sleep and the brain

Home Sleep and the brain 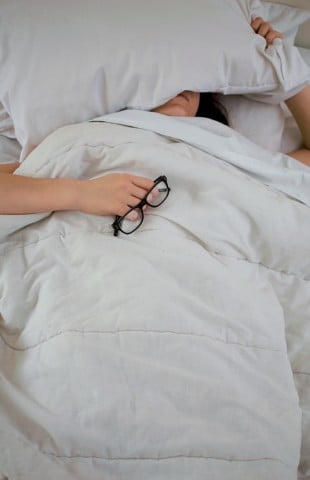 Research shows that the sleep students sacrifice for studying may be hurting them more than they realize. Quality sleep is necessary for proper brain function, memory, cognative ability, judgement, appetite, and can even help with the retention of concepts that we don’t think we’ve grasped. So despite what the majority of high schoolers believe, those late nights before tests spent cramming in a few extra calculus problems may not be as beneficial as they appear.

There are numerous theories as to why humans spend nearly a third of our lives sleeping, but the idea that it’s purpose is to promote aspects of physical and mental health continues to come out on top. Physically, a lack of sleep can lead to a higher risk of cardiovascular disease, diabetes, and obesity. Mentally, it can lead to overall impared brain function, often similar to the state of being tipsy. If this isn’t alarming enough, the data that shows just how many Americans may experience these effects is. According to a study by the National Sleep Foundation, 43% of Americans aged 13-63 claim they rarely get a good night’s sleep (7-8 hours according to experts) and 74% of Americans over 30 claim that drowsiness impairs their work. This level of sleep deprivation influences the brain’s abilities to categorize and process information, react quickly, and filter through relevant and irrelevant memories throughout the night–a process that experts believe to be triggered by situations that invoke the greatest emotional responses.

With these consequences of sleep deprivation in mind, it’s no wonder that teenagers need a sufficient amount of z’s to function properly, especially considering that their brains are still developing. The physical and mental benefits of a good night’s rest are crucial to performance in all areas of life, and overall long-term health. The pressure to succeed is intense for high schoolers, and the choice to stay up late finishing an assignment or studying a little extra is tempting, but nothing will have more of a positive influence on this race to success than sleep.

Hi-
Getting a good night’s sleep has been something we have been told for years and although we are lectured about it constantly we have not seen a change. This piece was extremely informative and the statistics you incorporated throughout were thought-provoking and scary. Are there any studies that show what lack of sleep in your teenage years does to your body and brain late in your life? Is there a solution to this? Do you think if you had less or no homework that you could get 8 hours of sleep a night? Overall really good work!