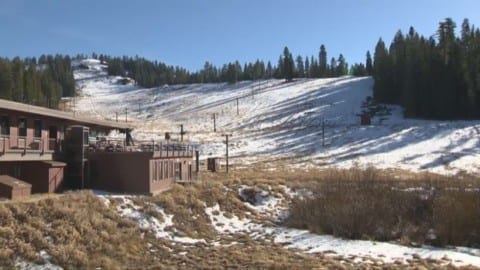 Some issues between skiers and snowboarders are brought up in this article.

AT THE SNOWBIRD SKI RESORT IN UTAH last month, a knot of skiers had had just about enough of Snowboarders. They’re rude and reckless, shouted one skier. I saw one urinating at the side of a trail, gasped a woman.

Kent Hoopingarner, president of the resort, had heard it before. But just as he launched into a conciliatory speech, a voice shot over from a pack of Snowboarders nearby: “F–kin’ rad, dude!” The skiers redoubled their griping. Hoopingarner just shook his head: “It’s enough to drive you nuts.”

There’s a culture clash taking place on the slopes of America, and the ski industry is caught in the middle. Skiers moan that boarders–carving up the snow on a surfboard-like contrivance-are a reckless, cussing, ill-attired menace. Boarders, also called riders (don’t call them shredders–that was passed a few years ago), rail about uptight skiers who want to cut them off unfairly from the tastiest terrain. Snowbird has already placed one lift off-limits to boarders and some major resorts ban the sport entirely. With riders now accounting for 10 percent of lift-ticket sales and, by one estimate, projected to outnumber old-style schusses by 2012, the vitality of the industry may hinge on accommodating both. “It’s changing the landscape of skiing,” says Powder magazine editor Steve Casimiro. “If you want to market to a family, you’re going to have to open up to Snowboarders. Junior doesn’t want to go skiing anymore.”

What Junior does want to do is get together with a bunch of friends, don preposterously baggy pants and a flannel shirt, and go boarding. Boarders are mostly young men with a penchant for grunge and gangsta fashions and dramatic tricks and aerial maneuvers impossible on skis. But seeing what looks like a snowborne street gang flying down the fall line gives some skiers pause. “They scare us to death,” says Greg Ralph of California’s Snow Summit, one area that actively courts riders anyway. “Just their clothes scare us to death.” And since it’s easier to get up and running on a Snowboard, novice riders can wreak havoc more quickly than fledgling skiers. “They have no respect for skiers, says Bill Kade, 32, a Snowbird skier who says he’s been sideswiped. Keith Norris, 26, agrees: “I guess they think they’re cool guys, but I don’t like the way they ski.”

Then there’s the attitude. The Snowbird ski patrol offered a green-haired, nose-ringed rider who answers to “Resin” a refund for his season pass after he persisted in sprucing up his gear with obscene stickers. Another was asked to hit the road with his centerfold-adorned board. Says patrol head Bob Bonar, “We don’t say, ‘Go bust those people with the green hair.’ It’s more offensive when they have stickers that say F–K. I don’t want my 7-year-old daughter saying, ‘What’s that mean?”‘

Some riders scoff at the friction. “It’s too bad a few whiners and complainers have changed the whole thing,” says one who identifies himself as S. B. Nnelg, lamenting the new limits at Snowbird. Many objections are rooted more in perception than reality. Ski Patrol magazine notes that “collision rates between skiers and snowboarders are about the same as amongst skiers alone.” Boarders often look out of control to skiers because the ungainly body positions inherent to the sport clash with the grace of accomplished skiing. Still, many riders are working to reduce tension, even forming ad hoe patrols to police their own. One boarder mag fills vacant space with admonitions to “be kind to skiers” and “replace your jibs”–the boarding equivalent of divots. Naturally, the ski industry would like to see both sides schuss–and spend-alongside one another in peace. Some areas pass out “shrediquette” brochures and have hired ski patrollers on boards. “The ski areas that figure this out will do well,” says Graham Powers of the National Ski Patrol. “If people ignore this it’ll be their mistake.” And they’ll keep getting barked at in public.

Hypothesis will not let me use this link for some reason.

Hey Max! I never really though much of the whole conflict between skiers and snowboarders, although now that I think about it, even I’m guilty of swearing out fourteen year olds on boards who come two inches from taking me out. Snowboarding is definitely a culture thing more than just a sport. When I was a freshman I even tried it one season because it had the same vibes as skating and I was about it… until I actually went down a slope. Turns out, they’re not actually that similar. Who woulda thought? Anyways, I think this is a really interesting topic, in part because it’s not one you would think of to write about typically. So yeah, looking forward to seeing your other work!