Six Reasons We Should Build a Base on the Moon

Home Six Reasons We Should Build a Base on the Moon 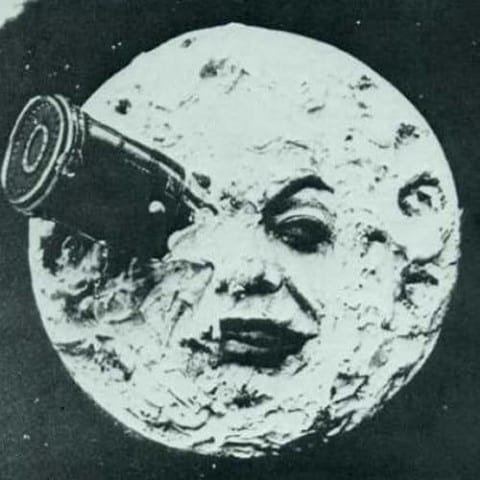 After learning that NASA might have plans to go back to the moon under the Trump administration, I was inspired to get to the root of whether this would be a good idea. The past three presidents have changed the agenda of space travel three different times which has proved troublesome in terms of budgeting and efficiency because this occurs every 4-8 years. So why should we change this agenda again and potentially set us back several years agains? Through research I hoped to find why the Moon should be our first goal at the moment.

Beginning my research I was looking for articles that expressed some of the advantages and disadvantages for both the moon and mars being our number one goal. Upon a simple google search I found two great articles from Space.com that brought these opposing views and helped me realize that both sides have some validity and that this topic is arguable for both sides. One specific worry of going back to the moon was that NASA would become, “sidetracked with years upon years of lunar exploration.” After all we would basically be discovering an entire planet from scratch.

One of the more interesting articles that I read and decided to use as my annotations was from National Geographic. This site gave six great reasons as to why we should build a moon base. These reasons were, to maintain US influence, pave way for other applications, to learn more about the moon, assess health impacts of living in space, to learn to build and operate a extraterrestrial base, and to set forth our goal of becoming an interplanetary species. You can find some further thoughts of mine at the site. The main point this article helped me come to was that Mars is still a great goal to reach for in the future but to ensure safety and efficiency I believe it would be smartest to use the Moon as a sort of stepping stone for our further exploration of space. I think it is fine for private companies to go for Mars but as a national agenda and for NASA we should focus on the Moon. One quote I really liked was, “If we ever want to build a colony on Mars, the first step may be to prove ourselves on the moon.” Like I said the moon must be a stepping stone to perfect our practices such as space-living and getting a reliable source of water and food. Once we prove ourselves on the moon, we will be ready for the real challenge, Mars.

Really awesome idea for an essay. I think a lunar base is necessary if humanity wants to create stable colonies on Mars, or other planets/moons. Even if the lunar base acts as just a simple “halfway” stop, it will still end up being cost effective.

Although scientists have found massive oil reserves on Mars, the Moon also holds potential as a future energy source with ample helium-3, which has potential to become a key part of fusion reactors.

I found you’re post very interesting. Space travel and exploring the universe is very fascinating to me. I think building a base on the moon would be cool, but it may be an inefficient use of resources and time. I think if we were to colonize any of the planets in our solar system, our best bet would actually be mars. Not only is it relatively close to Earth, there is also evidence that there was water on Mars, and potentially even life many, many years ago. I think you would find this article interesting.

Charlie I think your topic is very interesting. I agree that all though very expensive and time consuming I think budding a base in space is worth it. I think it could provide a lot of opportunities for the future of our Earth. It would be one step closer for us to figure out how we could live on a different planet. This base would also allows us an opportunities to travel to other planets and possible find a planet that is suited for human needs. I would like to see us pursue these goals sometime in the near future.

I really enjoyed this article, it made you think about a different type of life other than the ones we have right now. I agree with you that the most logical process to achieving our goal of reaching Mars would be establishing a habitable environment on the Moon. This would open so many doors to improving the exploration of space.

I enjoyed reading your article, this is a very interesting topic and exciting for the future of science and humanity. However I disagree with you. I believe there is much more to learn on mars than there is on the moon. The faster we can get to mars the better and quicker we will be able to make huge advancements in our knowledge of space and time. Here is a video arguing this point https://www.reddit.com/r/videos/comments/7wu0sw/why_should_we_go_to_mars/?st=JDJTL1E3&sh=bfb135c6

I agree that a base on the moon would be well worth the cost. It could open doorways for many new areas of space research. It is also the next logical step in the exploration of our solar system, providing a stepping stone for a trip to Mars. However, a project like that would be pretty expensive, and there would be a lot of opponents to the idea. Despite this is, a base on the moon and humans on Mars are things I would like to see in my lifetime, and it seems possible.