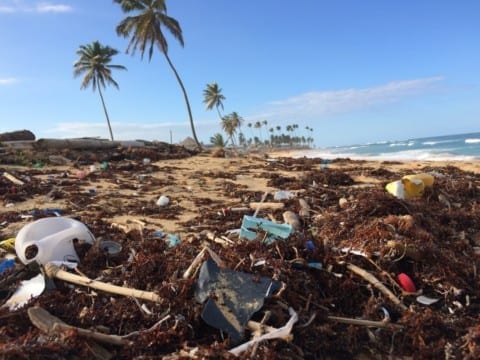 We should use less plastic, ban single-use plastic, and start managing our waste. Single-use plastic should be banned because of all the pollution and animals that are getting hurt. Plastic is dangerous for our climate change we need to help out our planet earth.

Supposedly plastic was invented so that it could make our lives better, but it’s actually not, it’s actually making it worse. Not only that but the amount of plastic that is being used is a whole lot. In my opinion I think yes, plastic was invented to make our lives better but at the same time worse because of what is happening now. Have you seen our oceans?, they are full of plastic everywhere. Animals are eating those pieces of plastic that we liter and throw away because they confuse it by there actual food, after that, they end up dying because they can’t handle all those plastic waste in there bodies. Like how Laura Anastasia says “ It affects not just the animals but the animals that eat those animals.” (Anastasia 3)

Littering, and dumping trash/plastic everywhere, all leads it to the ocean and causes pollution. This is not okay, it is not okay for our society and planet earth to be full of plastic and liters everywhere we go. It is basically a cycle on how it becomes a daily thing with people littering stuff and not cleaning after themselves. The wind can blow our plastic down the streams, rivers and other bodies of water. Those rivers and streams can carry the trash to the ocean. “The bottom line is, marine debris comes from us. Humans are the source, and every single person has the power- and the responsibility- to prevent it.” (Mann 1:43/2:02)

Plastic and how they are broken down into little pieces and animals eat it. Animals eat the plastic confusing it by there actual food because the plastic that has been in the ocean for weeks and/or months get covered up in algae. This is true because I’ve seen it with my own eyes how tiny pieces of plastic are floating in the world’s oceans. This needs to stop, it  has to this is not okay the animals are dying and are being strangled by plastic. The high-density plastics we use to make consumables (think water bottles, straws, and Frappuccino cups) are broken down by sun, waves, and curious critters until what’s left is less like garbage rafts and more like tiny bits of confetti, floating in the soup. (Hanson 01:11/04:43)

Although I understand that all this plastic is recyclable, in some situations it is dangerous and useless. In conclusion I believe that single-use plastic should be banned because not only is it hurting the sea animals but us as humans too.

Dear Yeira,
I strongly agree with what you’re talking about. I had learn about the affect of plastics in my oceanography class last semester, we used too much plastics and can really recycle it, it’s a really serious problem. Thanks for sharing this post to let more people know about it!

Dear Yeria,
I strongly agree with you, because plastic is contaminating our planet and single use plastic is a huge problem in it. If we cut down even half of the plastic we are using in the world we can help save our planet along with the wild life that are dying because of this. This website talks more about how we can stop using so much plastic and the good it will do when we stop using it. https://freshlittlelove.com/blogs/blog/10-ways-to-stop-using-single-use-plastic

Hello Yeira I completely agree with you that we should ban single use plastic.Single use plastic is destroying our world and Eco-systems and we need to preserve it for future generations.
Here’s an article you may want to look at:
http://www.marinesafe.org/the-problem/single-use-plastic/

Hello Yeira,
I just want to say that i completely agree with you in regards to the elimination of single use plastic. I found this article that you might find very interesting in regards to single use plastics that we can very easily eliminate. https://www.waterdocs.ca/water-talk/2017/12/19/8-single-use-plastic-items-you-can-quit-right-now

Yeira, I completely agree with you! We should be cutting plastic out of our lives because it is causing more harm than good. We have so many more things we can use instead of plastic, like paper or metal straws and reusable water bottles. Reusable water bottles are a great investment, actually not much of an investment.

I think one of the problems is that there are not enough recycle bins. We cannot get rid of plastic completely right away so, I think we should add more recycle bins. Also, we should not be placing them right next to trash cans because, when people see a trash bin next to a recycle bin, I think people are more likely to throw their recyclables in there than a recycle bin.

Lastly, I think that maybe people are not sure of what exactly can be recycled. We should have recycle bins labeled with what specifically can be put in these bins.

Hopefully this plastic problem will soon be solved or at least died down a bit so that we can continue to save our Earth!

I am interested in your post Because I feel like the amount of Trash and waste that you see in the streets and Oceans is overwhelming. Just a couple of days ago I wrote about how some parts of Manhattan, NY is built on trash.

One thing you said that stood out to me is “It is basically a cycle on how it becomes a daily thing with people littering stuff and not cleaning after themselves.” I think this is interesting because when you live in a large city you can see the whole sidewalk being filled with trash, but you’ll also see people just walking by it like it’s not important.

Your post reminds me of all the times that I used to thrown trash and plastic items on the floor and didn’t think about how it would affect the planet. Now that I’ve done research and read many articles on this topic I finally found out the affect that trash has on our planet. 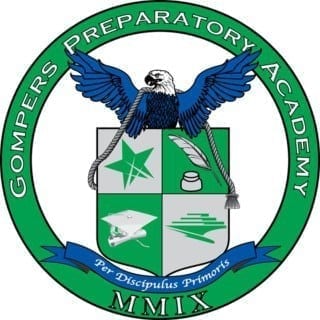