Sideshows in Oakland since 1980

Home Sideshows in Oakland since 1980 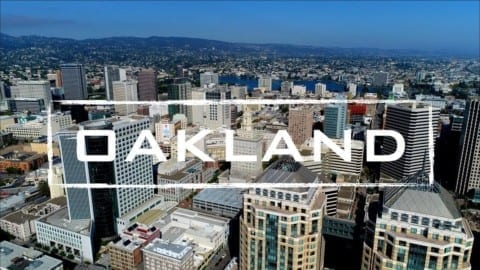 Based on my research, there are two opinions about sideshows. Some people feel they are part of Oakland culture and good, while others feel they are dangerous and bad. And, while I agree with both sides, I ultimately believe there are always more good intentions than bad intentions in people’s choices.

Sideshows can have bad opinions put onto them because Oakland citizens or people that come to Oakland from other cities don’t understand how sideshows work, so they automatically think they’re bad. I interviewed Miguel Huerta. He is a highschool student from Arise High School, and he has a strong opinion and has been a witness of many sideshows. He also has videos of many sideshows he’s attended. Miguel said, “Sideshows do impact oakland positively but they have become violent to the community because they can be really disruptive and people mess up the streets and leave a mess also at sideshows there has been times where drivers lose control of the wheel and when letting go of the wheel have spun into bystanders, and have also almost hit people on their way out, And have been times where cars have almost driven into houses”(Huerta)” What Miguel said is true, and there’s a lot of evidence to support his reasoning like the article “Outsiders Drive Destructions of Oakland sideshows” where they speak about an accident that happened during sideshows on April 22nd 2019, Otis R. Taylor Jr.said “As sideshows grew in popularity, they outgrew parking lots, Kelly said. In the 1990s, drivers became more daring as they raced through neighborhoods before doing doughnuts at intersections. It became dangerous to attend as spectators, who stood close to the action and got hit by cars spinning out of control”(Otis R. Taylor Jr.said). This article and Miguel both are right about how sideshows are dangerous and how drivers have become really daring over time but not many people understand how sideshows work and why they are important to Oakland and why drivers want to become more noticed for how they drive and how fast their car goes. So, bad things can happen at sideshows but only Oaklanders understand the way they drive and how fast they choose to go, sideshows have become dangerous over time but with more time they could become safe again.

Sideshows are both good and bad, but they are mostly good because they started in Oakland in the early 90’s and they are still alive and happening. A lot of people enjoy watching sideshows and love hearing the sound of the wheels screeching and hearing the crowd goes crazy over how good the donuts were or how good the car looks. The only obvious solution to minimize the negative effects of sideshows is to build them an arena where they could go and drive how they want so the risks of people to get hurt could go down. This is the best solution because like that they could still do what they love but in a safe place and a lot of Oaklanders could go and see them and enjoy watching and we will be able to keep sideshows alive and not let a part of Oaklands culture die.

In conclusion, sideshows are both good and bad, but if you ask the citizens of Oakland they usually don’t mind them. They actually really enjoy watching them happen, and it’s fun to watch because they happen every Sunday, as Oaklanders say Sunday Funday. If we make sideshows safer, then they should definitely stay around because sideshows have been around for more than 30 years, and that’s a lot of time and a big piece of Oaklands culture to throw away, because Oakland has had Sideshows for more than 3 decades and we should keep Sideshows alive for more time so future generations could enjoy them and understand how they started and why they didnt stop existing because Oaklands culture is our culture and future generations culture.

Hi Maribel,
I completely agree with you about how side shows have both positive and negative components. I love the idea of them when that are being done safely because it is a way for Oakland native to showcase their own bay area culture. I think the bay area has already been gentrified and stripped of its culture so much already, I understand why people want to hold on to side shows that have been happening since the 80’s. On the other hand, I also see how they could be dangerous with the risk of cars spinning out and potential shootings. I wonder if there is a way to make them safer or if putting to many rules and regulations in place with take anyway of the authenticity? Either way Oakland has such a rich history and that should be honored, I personally love attending Oakland’s “First Fridays” with my friends and family.

Hi Maribel, my name is Sandra and I am currently a student as SJSU. I thoroughly enjoyed reading your post because I myself, have been a fan of sideshows. Sideshows are part of the Bay Area’s culture and it would be a shame to have it taken away from us. “But for those who grew up in the early days, sideshows were not as dangerous as they are innovative. They created a space for self expression and originality that bubbled up on streets of deep East Oakland,” I strongly agree with this quote. Sideshows do not often occur anywhere else, and it has become a part of Oakland’s history. While attending sideshows nowadays, it’s definitely amazing to be there and experience it all happen in real time; until you realize there is a high possibility of accidents that may occur. I also like your suggestion of creating an arena specifically for sideshows, because of the increase of safety for everyone. Thanks for the post!

Maribel,
Thanks for sharing what you learned about sideshows in Oakland. I really appreciated how you explained the positive and negative consequences of sideshows. You made a good point about how they have become more dangerous as open parking lots are rare and the city has gotten much more developed over time. What do you think residents of Oakland or the city can do to support the positive cultural aspects but ensure that they are safe. What action steps would you recommend? Are there ways to raise awareness about strategies for keeping them safe?
Best,
Erica

Dear Yamilex, I think your post was interesting because the fact that you wrote, ” Some people feel they are part of Oakland culture and good, while others feel they are dangerous and bad. ” is showing me that there are two opinions on Oaklands Culture. The reason I think that your post is interesting is, “Sideshows are both good and bad, but they are mostly good because they started in Oakland in the early 90’s and they are still alive and happening. A lot of people enjoy watching sideshows and love hearing the sound of the wheels screeching and hearing the crowd goes crazy over how good the donuts were or how good the car looks.” This quote is good for proving sideshows are good because I myself like sideshows and one of my cousins joins some of them as well. Anyways, your post in interiging and makes me more interested.

Dear Yamilex, I think your post was interesting because you gave two points of views in the essay. A line that stood out to me was, “Sideshows are both good and bad, but they are mostly good because they started in Oakland in the early 90’s and they are still alive and happening.” I agree with your point because sideshows can be both negative and positive. They can be violent at times and be dangerous but in others they can therapeutic watching cars spin and spin. Thanks for writing and I hope to read your work in the future!