Should zoos and aquariums be shut down?

Home Should zoos and aquariums be shut down? 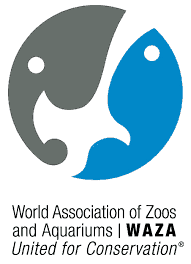 Zoos are a critical part of conservation and educating the public. As such zoos should continue to receive the necessary funding and support of the public.

Animal rights activists call for zoos to be shut down with the reasoning that wild animals should remain wild and are not there for our entertainment. Michael Huxley, a nurse and world traveler who runs a blog called Bemused Backpacker, points this out saying, “Zoos provide a vital resource to conservation efforts by providing a home for animals that have been rescued from the wild and need caring for, or homes for those animals that have been born in captivity and will never be able to return to the wild.” Zoos can be homes for wild animals that have been injured and cannot return to the wild due to their injuries.

The movie Dolphin Tales is based on a true story of a bottlenose dolphin named Winter that lost it’s tail. Winter currently lives at the Clearwater Marine Aquarium in Clearwater Beach, Florida, where he receives specific daily care and treatment to prevent further damage to his spine. The Clearwater Marine Aquarium specializes in rescue and rehabilitation, all of it’s residents are rescues that could not be released back into the wild or those who are currently undergoing rehabilitation. Without human interference, Winter would have died and he can never be released due to the severity of his injuries. Without zoos where would these animals go?

Animal rights activists claim that zoos are for our entertainment and criticize shows put on by zoos and aquariums. In an article released by the Public Library Of Science, Cristina Russo, a PhD molecular biologist, explains the value of teaching zoo animals tricks, saying, “The goal of this training is not amuse visitors, but to facilitate animal care. You can’t ask for a 500-lb marine animal to roll over to ultrasound their abdomen. The training counts on voluntary animal participation and proves very effective for animal care and also their mental stimulation.” These shows are not to entertain the public, but to train the animals to work with humans so we can care for them better. Many shows are put on during visiting hours to inform the public about the species by captivating their attention with the animals which provides mental stimulation. Many zoos are non-profit and the proceeds go to caring for the animals and  work towards conservation efforts.  It is in this way that zoos and aquariums differ from circus shows who teach animals tricks for the specific purpose of entertaining the public for profit.

Zoos can also have a lasting impact on the lives of children. Zoos make the natural world real for children in a way that television shows can’t. Some zoo animals even interact with children from the safety of their enclosure, something that no child will forget. These experiences can inspire the next generation of animal lovers and conservationists. Zoos do amazing work in protecting, preserving, and educating the public about the natural world and should receive the support they need to care for the animals both in the zoo and in the wild.

its not about the effects of zoos on kids, its about the animals welfare and what they want. captivity is the same as human jail. big cats have less than 18000 times less space than they do in nature