Should Women be Paid Equal to Men?

Home Should Women be Paid Equal to Men? 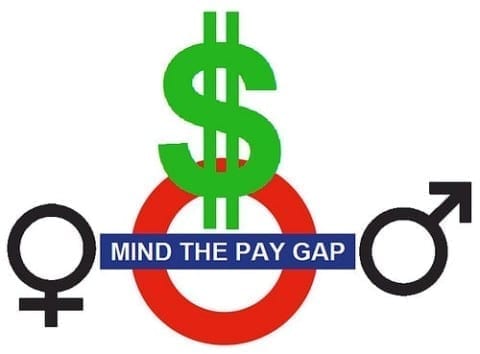 For years, women have been treated at a lesser level than men. Thinking back on our country’s history, women only just received the right to vote within the last century. If we look at the last century compared to the amount of time that civilization has existed, 96 years is not very long ago. There is no reason that women should be treated differently than men. This is the same argument as when civil rights were debated. African Americans are equal to caucasians and all other races, so why shouldn’t women be treated as equals to men? The only difference between the two is their gender, which does not affect their intelligence, work ethic, or physical abilities. In a workplace setting, women are able to perform the same quality work as men, therefore they should be paid an equal amount.

According to an article from the American Association of University Women (AAUW), which works to achieve gender equality, called “The Simple Truth About The Gender Pay Gap,” Kevin Miller discusses some of the astonishing statistics dealing with the gender pay gap taken as recently as 2015. The article states that “women working full time in the United States typically were paid just 80 percent of what men were paid” in 2015 (Miller). Unfortunately, the gender pay gap was even larger for women of color, minority women, and elderly women. This statistic greatly upset me. How could women not make an equal amount compared to men when there is truly no difference between the ability of work they do?

Some people might argue that women shouldn’t make as much money as men because their place belongs in the home, or that women should take care of the family and therefore be paid less. Women have long been able to do the same quality work as men. They are physically and mentally able to produce an equal contribution to the workplace, so they should be paid equally. It’s simple.

Miller addresses some possible solutions to help close the gender pay gap in his article as well. He stated that women can not simply sit back and wait for equality to occur, they must take action and do something about this issue if they would like to see results. If women voice their opinion and stand up for what they believe in, they will have a better shot at achieving gender equality in the workplace. The AAUW offers workshops and helpful tips to encourage women to fight for equal pay.

Another possible solution would be for the government to pass legislation with “stronger incentives” for CEOs to abide by the law that requires men and women to be paid equal for the same job (Miller). If the Paycheck Fairness Act, an act to attempt to close the gender pay gap, was updated, the wage gap between men and women would also have a better shot at being closed. The piece of legislation “hasn’t been updated since 1963” (Miller).  The current generation of women in the workplace could greatly benefit from changes to the current legislation, but the real benefit would be in the generations to come.