Should we stand with or against the use of marijuana?

Home Should we stand with or against the use of marijuana? 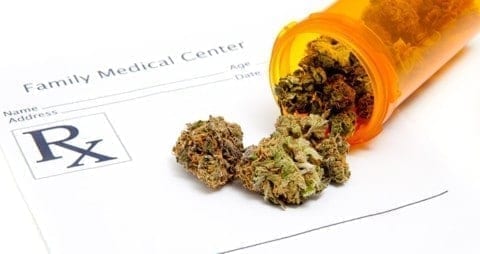 Marijuana is a drug being used very often in 2018. However, researchers still haven’t been able to fully understand the long term effects it has on your brain. Some of the short term effects that they have seen have been altered senses, changes in mood, impaired body movement, difficulty with thinking and problem solving, impaired memory, hallucinations, and many more. During the research they have done on the brain they have found that THC acts on parts of the brain including judgement, movement, sensations, vision, coordination, memory, and reward.

Researchers have also found that marijuana has a worse effect on people who are younger because their brains are still developing. From the tests they have run, people using marijuana that are younger have dropped their IQ test scores by a few points, and never get them back. When they did this test on adults using marijuana, their IQ scores didn’t change. The one flaw to these tests is that they don’t know how accurate their results are because they can only know so much about the participants. For example, they don’t know their mental state in the present or from the past, or if they were using other substances while they were using marijuana. This could completely change the outcome of the tests.

It is hard to know how bad marijuana truly is for you. Reading articles about it shows that it has its worst effect on young adults, but then again there haven’t been enough tests taken to come to a conclusion. If there were ads and commercials like there are for cigarettes telling people that the effect would be lung cancer or death, people would be more aware of the drug. However, most only suspect that marijuana isn’t good for you. They don’t know how or if it is affecting your mind and your body.

The recent legalization of marijuana in some states and medical use in other states has people weary. An article titled Can we please stop pretending marijuana is harmless? states “At least 1 in 11 young adults who begin smoking will develop an addiction to marijuana, even more among those who use the more potent products that are entering the market” while another article titled Why You Think Weed is Bad(And Why You’re Wrong) says “CBD and medicinal marijuana have become an invaluable medicine for those with seizures, anxiety, depression, and PTSD, just to name a few.” As one can see, there is a lot of controversy over this subject and different evidence that supports both the positives and the negatives of using marijuana.

Specifically, in the Utah legislature, 76% of Utahns have supported the proposed initiative. A recent survey reported that 94% of Democrats support medicinal marijuana and 64% of Republicans agree with the idea. Surprisingly, people that claimed to be pretty conservative ended up backing up the idea. After the many years of misunderstanding on the subject, the people of Utah have started to understand the outcome of using marijuana, mainly medicinally. Many would have never thought the people of Utah would support such a cause, but we are slowly becoming more aware of change in other places and think we might as well try it. The majority of citizens thoughts is that if its helping people that can’t live a normal life without pain, who are we to take it away from them? Utahns have kind hearts and don’t want to see people around them suffering when there is a solution. Currently, Utah’s legislators are looking at the different bills that would be passed for medical marijuana use. The question of this would go on the November ballot. This is still quite aways away, which gives people even more time to support the cause or fight against it.

I would like to hear others perspectives on the issue because it is a big part of our world today.

Isa,
This is a very interesting issue and I am very glad you wrote about it. All of your points were very compelling and accurate. I would recommend checking out this article, I will post the link below, that I believe you will really enjoy reading. Great post Isa, and I look forward to reading more about what you have to say regarding this topic.