Home Should we really take a knee? 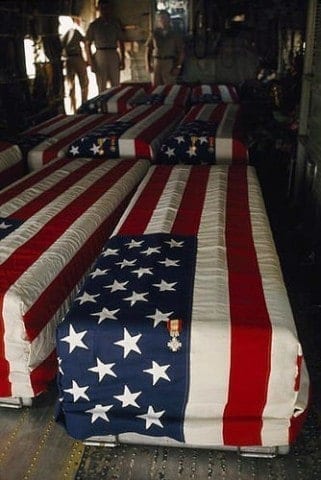 America can only be great if people make it great, and not standing for the National Anthem is one mistake of many. Americans should be proud of the country that they live in, but most are not and their symbolism of not standing during the National Anthem shows it. As an American Football Player, you are a public figure in the spotlight and everyone is watching you. Make positive moves about and toward our country because you are representing it. A lot of debate has bee going on stating ” When one believes the United States is not living to its’ ideals of freedom, liberty, and justice for all, refusing to stand for the flag and the the National Anthem is appropriate and justified,” which some people may believe, but our soldiers who fight, die and risk their lives for the flag, and our freedom, should be respected and standing for the National Anthem shows that respect!

Hello Clerra! I agree with you that all Americans should respect the service our soldiers provide, and paying homage during the National Anthem is one way to show it. In my opinion, I do not see kneeling during the anthem as a lack of pride for being an American, this actually exemplifies what America stands for. Throughout our history, we have ventured out and gone against higher authority to be free, and we have even fought against each other for the equality of race and gender. This is another one of those movements that brings to light a problem we have lived with for decades, and the kneeling forces the country to face far bigger problems and fix them. “As an American Football Player, you are a public figure in the spotlight and everyone is watching you. Make positive moves about and toward our country because you are representing it.” I totally agree with you that NFL players have a responsibility to make a positive move, and this is a positive move, it’s advocating for the Black Lives Matter Movement. It has been portrayed as negative because these players aren’t standing but not because of what it’s representing, and the act is being misinterpreted as unpatriotic. There are African Americans who aren’t getting the respect and justice they deserve, and NFL players are sacrificing their reputation for these fellow Americans to be seen. Is that not patriotism? How else should we draw attention to the injustice in this country and get just as much attention while still being respectful? Isn’t challenge how we progress as a society? The article What will taking the knee mean now?, talks about taking the knee as being united in a movement in the NFL. I also found this statement interesting, “News outlets quickly interpreted the Wembley scene, both the locking of arms and the kneeling, as a collaborative gesture of powerful men “united” against Trump.” I feel a powerful figure like our President have caused some races to feel disrespected. I’d like to hear more about what you think, bye.

I skimmed through all the posts about taking a knee and most of them said taking a knee was okay, but yours is different. I appreciate you for not going with the status quo on social media and speaking against taking a knee. My parents came from a different country where divide tore their country apart, so when they saw the players kneeling it broke their heart. I think your point about the soldiers risking their lives is valid, but It’s the same reasoning everyone else uses to defend why kneeling is not right. You should consider adding an argument that is different, such as arguing about why freedom of speech is only free as long as it doesn’t harm others. I believe kneeling is harming others because it creates violence among people who agree or disagree with the action.