Should We Legalize Prostitution?

Home Should We Legalize Prostitution? 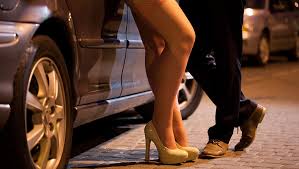 The existence of prostitution anywhere is society’s lustful portrayal of women. However, with laws that prohibit sex work the inevitable prostitute is left without protection from the police. Reporting crimes may put them at risk of criminalization which traps them. If they are not threatened by the possibility of criminalization, sex workers may be better able to collaborate with law enforcement to identify perpetrators of violence and abuse which includes human trafficking.

Human Rights Watch has consistently found in research across various countries that criminalization makes sex workers more vulnerable to violence, including rape, assault, and murder, by attackers who see sex workers as easy targets because they are stigmatized and unlikely to receive help from the police. Workers may also seek unsafe areas to work to avoid law enforcement. Legal recognition of sex workers and their occupation maximizes their protection, dignity, and equality.

What makes people hesitant about decriminalizing prostitution is the stigma that surrounds it and views it places on women. However, if the women’s safety and overall well-being is what is most important, then laws against prostitution are not the solution because it places the sex worker in unsafe environments that will leave them trapped without protection. When a sex worker is the victim of a crime, including sexual violence, the police should prosecute the suspect and not penalize the victim. Overall, the decriminalization of prostitution will create the best environment for people who are in a bad place and will not trap the victim of serious crimes and scary experiences.

This is a tricky and unorthodox topic for most people and many do not even think about potential benefits of decriminalizing prostitution. I agree with you on this topic and think legal prostitution is a natural safe way in which both parties benefit. The stigma surrounding the topic makes people unwilling to even look at the situation in a fair manner ultimately leading to the dangerous and harmful way it is handled now.