Should We Get Rid of the Electoral College?

Home Should We Get Rid of the Electoral College? 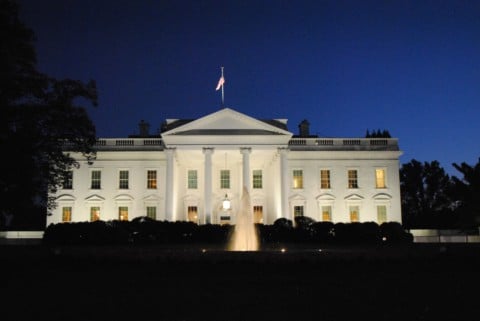 Previously, I had created a discussion post about my opinion on this topic. I stated that I do think we should get rid of the electoral college and look into alternatives such as the rank system based on the popular vote. For this discussion post, I decided to look at the other side of this discussion to see if I am truly right in my position. The article I looked at cited 5 different reasons as to why the electoral college is good. The 5 arguments were that it would maintain federalism, maintain a slow but steady government, force candidates to campaign everywhere, make outcomes of the election clear, and that the popular vote is not what the founding fathers intended. Seeing these arguments only helped me solidify my own rather than change them. For example, one of the arguments that caught my attention is that it would force candidates to campaign nationally. They said, “It is impossible for the leader in electoral votes to win enough states in one region to capture the presidency. Voters in different regions don’t need to worry that a candidate who only speaks to a small group of states will be their nation’s head of state.” While it is true that it is impossible to only capture one area of the country to win, the electoral college allows and somewhat forces candidates to campaign in swing states because by winning those few states they win the presidency. A popular vote would actually force candidates to campaign in every state because each voter counts and so candidates would have to campaign everywhere which would allow them to hear each person/state’s concerns and therefore represent their interests better. From what I have seen from the other side’s argument on this topic via this article, there is no reason to not replace the Electoral College.

For the full article and more of my comments go to: https://nowcomment.com/documents/235949

I also think that Electoral College should be replaced, with the argument to replace it being convincing. The Electoral College devalues voters in states that are not swing states, potentially discouraging people in such states from voting, since they know that there is almost no chance of their candidate winning the state. The Electoral College has also resulted in candidates winning the presidency without a majority/plurality of the vote, meaning that it does not always reflect the “We the People” ideal. The winner-take-all format essentially results in millions of votes not counting, since the losing candidate in a state does not get any electoral votes, even if the loss is by a very narrow margin. I agree with the claim that using a popular vote system would make candidates campaign in more states. A popular vote system would also ensure that every person’s vote matters and that the candidate with the majority/plurality of votes wins, reflecting what the American electorate wants.

I agree that the electoral college system needs change, whether that be from a new system or more moderate improvements. However, I disagree one thing you said. I think that the popular vote would allow candidates to disregard smaller states and focus on the most populous ones. That would be bad because these states would probably feel under-appreciated and unrepresented. We need a better system that still involves every state.

Hi Yara, I also agree with you that it is a good idea to replace the electoral college. Did you know, a candidate could only win 11 states and have enough to tie. That means that they could lose by 100% in each state besides 11, where they only have to get the majority of the vote which could be in the 30% and 40% range, and they would still tie.