Should We Ban Plastic Straws?

Home Should We Ban Plastic Straws? 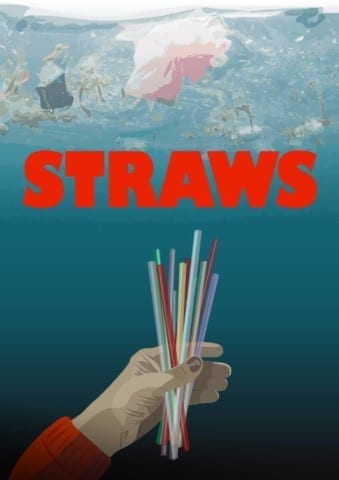 In the article, “Should Plastic Straw Be Banned? I learned that straws are not the problem of pollution. Everyday plastic straws are thrown away by Americans, and this plastic ends up in oceans.  Due to this many restaurants do not give out straws anymore, unless asked by customers.  In the article, we get two views on plastic straws one by an environmentalist and the other by a representative of the plastics industry.

Plastic pollution in the world is a huge crisis. Studies show that by 2050, there could be more plastic by weight in the ocean than fish if no action is taken now. Plastic straws are the biggest contributors to pollution on our beaches. In 2018 during the International Coastal Cleanup Day, more than 640,000 plastic straws were found across the beaches around the globe. According to Trent Hodges, plastic straws should be banned because the harm they cause outweighs any of its benefits. There are much better eco-friendly alternatives that can replace plastic straws. Such options include paper, pasta, and even seaweed straws. Banning plastic straws would tremendously protect our oceans and prevent future harm to wildlife.

On the other hand, banning plastic straws can actually have a negative impact. According to Scott Defife, plastic straws have legitimate and important uses, so we shouldn’t ban them. Straws serve as an important purpose to people with illnesses and disabilities. It makes it easier for them to drink liquids and be more independent so that they don’t always have to rely on their caretakers. And for those people that favor alternative straws, they have to think about the drawbacks because it’s difficult to sip hot drinks from paper straws, or some reusable straws aren’t easy to clean which can cause bacteria to build up.  Also banning plastic straws won’t fix the littering issue because people are still littering. The solution is not banning plastic straws, but to increase recycling and handling our trash correctly so that fewer straws end up in our oceans.

I am impressed with your post “Should We Ban Plastic Straws?”, because it is impressive i thought that if she banned plastic straws it would help the environment a lot but that may not be the case anymore. Plastic straws despite the benefits they may include, the weight that they carry with themselves in the ocean can become more dangerous for both the aquatic life and the environment. It is true that there are other safer alternatives to using plastic straws but can society really listen and take action?

One sentence that I argue with you was: “The solution is not banning plastic straws, but to increase recycling and handling our trash correctly so that fewer straws end up in our oceans”. I think this is a valid point because as much as we try to ban plastic straws that is only 1% of the problem and will have little to no effect on the environment. Having a bigger impact will have to involve more ci=ommunity work and worldwide alert, more than anything.

Thanks for your writing. I will look forward to seeing what topic you choose next to write about, because I really like the way you bring two different perspectives to the table.

I appreciate how you took the time to look at banning plastic straws from both sides. I agree that it is not as black and white as people may think. There are pros to both sides and everything should be considered. Personally, I think it would be beneficial to have a majority ban on plastic straws, replacing them with reusable or recyclable ones. This would drastically reduce the accumulation of plastic straws in the environment. However, by also allowing exception to a ban would mean that those who need straws could continue to use them. And like Emily said, plant-based biodegradable straws are more eco friendly and are becoming more widely used each year, so hopefully we are headed in the right direction. Thank you for your viewpoint, I’m glad to see that others are interested in plastic pollution as well.

Dear Yamile:
I am intrigued by your post, “Should We Ban Plastic Straws,” because I always thought that banning plastic straws was the way to go. Now that I have read your post I now know that banning them might not be a good idea.
One sentence you wrote that stands out for me is: “And for those people that favor alternative straws, they have to think about the drawbacks because it’s difficult to sip hot drinks from paper straws, or some reusable straws aren’t easy to clean which can cause bacteria to build up. ” I think this is important because any other straws would not do the job properly like a plastic straw would do.
Thanks for your writing. I look forward to seeing what you write next, because I like how you look both ways. Many people do know that straws have many pros to it and paper and reusable straws have many drawbacks.
Osiris

I think your argument is great, plastic straws are an issue and need to be talked about more. Since there are so many alternatives I think that getting rid of straws in most facilities would be beneficial. In cases like nursing homes, like you said they should not be banned. They should be much more limited then they are now. Straws can also be made to be better for the environment. Have you ever seen plant-based biodegradable straws? They are similar to plastic, but they are more eco friendly.

Thank you for writing,
Emily Knox