Should Video Gaming Be Considered a Sport?

Home Should Video Gaming Be Considered a Sport? 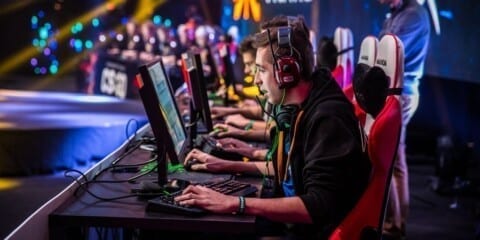 In the article, “Is Video Gaming a Sport?” (Upfront) I learned that playing video games can have several benefits. It can improve our reflexes, strategic thinking, and attention spans. It is shocking to learn how much esports have changed the dynamic of gaming in many ways. Often people find themselves asking whether esports is worth it. According to the article, esports can help pay for your college tuition. In fact, they have given out more than “$16 million” in scholarship money.

I think video games do have a lot of benefits. Esports is gaining popularity quickly and is rising and it isn’t no surprise. Lots of people love video games, including me, and I believe it should be incorporated into schools since they provide benefits. Esports are gaining more viewers than most people expect. I believe it should be considered a sport.

Do you also think video gaming should be considered a sport?