Should Toy Guns Be Illegal?

Home Should Toy Guns Be Illegal? 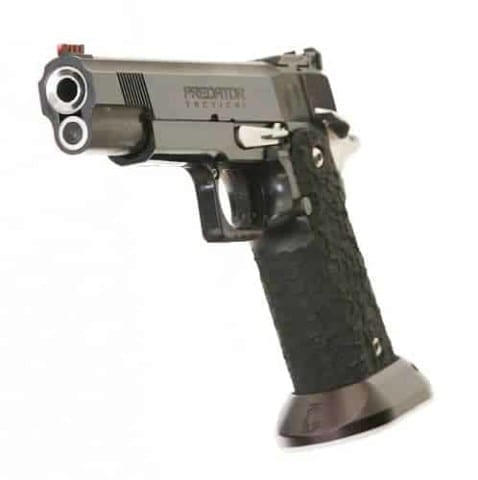 An important issue that I care about is toy guns. I care about this issue because kids are buying a lot of toy guns these days and they are getting used to having guns. This might make them want to buy a real gun. Also now companies of toy guns are making more realistic toy guns that look,feel,and fire like a real one. Some examples of realistic toy guns are bb, airsoft, and another type that has foam darts.

In my experience, I have known some people who have gotten really hurt using airsoft and even Nerf guns. I personally used to have a huge collection of toy guns, most of them were Nerf. I broke them all because one day I let a good friend of mine play with a bb gun and he shot a pallet to a wall and the pallet bounced off the wall and injured his eye. He had to go to the hospital because of that, and today, he is blind in his left eye. I hope, Mr. President you can take control of this situation.

I partially agree with this idea only because I have grown up in a house hold where we weren’t allowed to have toy guns. I never understood why my mother did this but now that I’m older I see the big issue with guns. But i still don’t completely agree with making them illegal I feel the way children responds to guns goes with the environment that they’re in .

Dear Christopher:
I am really surprised of your post, “Should Toy Guns Be Illegal” because you talk about you having experiences with drugs and how they can be dangerous, you also talked about nerf guns and how they can give kids the thought that guns are ok. At the same time I respectfully disagree with you because kids mostly learn from violence when encountering video games, before I played video games I was a nice young kid but after violent video games I started getting thoughts on violence. I’m not really saying your wrong but that their is other reasons why kids might get thoughts on violence.

I have taken courses on gun safety and fired about every type of gun you can imagine and I know the importance of respecting a firearm. I play airsoft a lot and I agree with you that you can get hurt but I think that it is a learning experience. I’m sorry your friend got hurt but if you were practicing safe gun handling then that wouldn’t have happened. The guns themselves aren’t the problem it is the training (or lack of) that the people handling them receive.

Dear Christopher,
I think there should be more toy guns. I think people need to learn the importance of gun safety, and what better way than to start with less harmless guns. Growing up i was never allowed to handle any type of gun without wearing protective equipment. I credit the use of toy guns when I was little to my respect for guns today. I am now educated on how to use and respect a rife. I think the problem lays in the parents allowing there kids to have toy guns without educating them.
Respectfully,
Trevor

I agree with you that more realistic toy guns are a step in the wrong direction. However I wold have to disagree with you on the fact that all toy guns should be considered bad. One of my greatest joys as a child was having Nerf gun battles with my friends and family. I would’t never want to take that away from anyone. As far as safety goes, protective eye wear should be worn whenever the guns are in use. I believe toy guns are a good way for children to get their gun fix without putting any one in danger.

Help on Youth Voices
wpDiscuz
6
0
Would love your thoughts, please comment.x
()
x
| Reply
Log in with Facebook
or