Should the Work Week Be Four Days Instead of Five?

Home Should the Work Week Be Four Days Instead of Five? 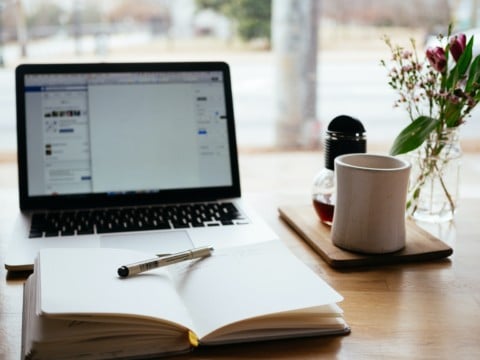 Should the work week be four days instead of five? Many people currently work five days a week, which leaves only two days off for families. People are not able to enjoy their time with their families because weekends are  too short. They also don’t have time to see their friends. For example, Muslim people have to leave their job or school on Fridays to observe prayer. How would you feel if you weren’t able to share a special day off with your community? I propose that the government officially change the work week to a four day week. A four day work week would let people be happier and would let companies make more money.

One reason to adopt a four day work week is that people will do their work better. For example, students will have enough time to do their homework and will have a lot of energy on Monday. I am a Muslim high school student and the schedule is tiring for me. As a Muslim I go the the mosque every Friday. Friday is like a holiday for us and we have to go pray at the mosque only if we have a good reason to not go. For example If I’m sick and I don’t want to pass the disease to other people, then I don’t have to go and school is not an excuse. When people started schools they chose Saturday and Sunday to be the days off because on Sunday many students used to go to church. And now since all people have rights in this country I want my right to go to the mosque on Fridays without having to make up my work. That would help me improve in school because what’s making it hard for me is that I have a lot of work to do that I missed on Fridays.

One reason for switching to a four day work week is that people will have more time with their families. Imagine having two days to really see your parents. One day you go grocery shopping and you don’t really get to have fun with your family. And the next day you want to hang out with your friends. For example, a four day work week can give parents more time with their children. According to Andrew Barnes, a CEO from New Zealand, there are many benefits to both men and women. “Women — who typically took more time off for caregiving — suddenly had greater flexibility built into their schedule. Men also had more time to help with their families, Barnes says.”

Although some people might argue that companies want people to work five days a week to make more money. However, according to a Japanese study, when workers worked four days a week the company made more money than what it used to make with a five day work week. For example, If you work 5 days a week you will only relax 1 day because the other day you’ll be busy getting things for the house. And that’s why the concept is gaining ground in places as varied as New Zealand and Russia, and it’s making inroads among some American companies. Employers are seeing surprising benefits, including higher sales and profits. Based on the studies that have proven that they do better when they have three days off, so then they deserve to have 3 days off.In conclusion, a four day week is beneficial for people, companies, and schools. The issue of working five days a week is significant because people do not get enough time to themselves. If this problem is not solved, then it won’t only affect employees. It will also affect many companies and employees might change their job and work somewhere where they provide a four day work week.

Should the Week Be Four Days Instead of Five?

What if You Had a Four-Day Week? Why Don’t You?