Should The US Decrease Its Drinking Age?

Home Should The US Decrease Its Drinking Age? 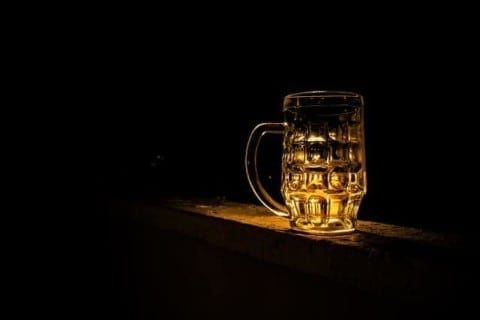 The minimum drinking age is there to protect minors from accidents, physical and mental harm, an article from the CDC explains. This article describes the dangers of underage drinking, and why the Minimum Legal Drinking Age (MLDA) needs to be enforced. The CDC states that after the law was passed, drinking in minors has decreased. This means that drinking related injuries and deaths have fallen due to it as well. In addition to decreasing accidents, this age minimum also lowered alcohol poisoning cases, brain development changes, and alcohol dependence. In addition to all of these possible injuries, drinking can stunt brain growth. In essence, the CDC believes that the Minimum Legal Drinking Age should stay as is or even later than it is. Human behavior and growth is proven to be affected by it, so the CDC agrees that the MLDA should remain as is in order to protect the health of the countries minors.

There is both help and harm lowering the drinking age could cause. This article from CNN explores the ways it could help through the practices of other countries and cultures. In countries like Italy and Germany, it is common for children to be exposed to alcoholic beverages. It is very controlled, however, say a parent might give their child a sip of wine at dinner every once and awhile. Although it looks unhealthy, it takes the taboo off of underage drinking for the children. It teaches them controlled use of alcohol, so when they reach the drinking age (which is 16 in Germany) the children know how to drink safely. It drastically decreases binge drinking as these kids don’t see drinking as a “forbidden fruit” of sorts.

More information used in this post came from this article: https://nowcomment.com/documents/118108

Anthony, I believe you strongly explained both the negatives and the positives of lowering the drinking age. I am torn between because both sides have very strong points to them. I think parents helping teach their kids about alcohol could help whether or not the law is changed.

Anthony, I think you brought acrosss very good points in your essay. Drinking for many kids is a “forbidden fruit” which makes some want to drink even more just for the feeling of rebellion. If the drinking age were to be lowered or if more parents exposed their children to alcohol then maybe their children wouldn’t feel the need to binge drink in spite of rebellion.

Hi Anthony, I enjoyed reading your post. I thought that you made many good points, and did a wonderful job looking at both sides of this argument. I personally see both sides as well. There could be many positive as well as negatives that could come out of this change in law.