Should the Penny Be Eliminated?

Home Should the Penny Be Eliminated? 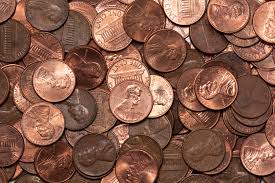 In the article “Is It Time to Eliminate the Penny?” two intellectuals Robert Whaples and Mark Weller who give their opinions on whether or not the penny should be eliminated. In the U.S. it is known that pennies are being minted more than nickels, dimes, and quarters. This is a problem because pennies are made up of zinc which is very expensive and making pennies cost about $145 million in 2019. Whaples believes that the penny should be eliminated because he has seen so many pennies on the street that people won’t even pick them up since they are worth nothing and a waste of time. Minting pennies cost about 2 cents which is not worth making since the U.S. is losing money. He suggests that when an item doesn’t cost even that it should be rounded up because he discovered that ” the number of times customers’ bills would be rounded upward is almost exactly equal to the frequency with which they’d be rounded downward”. One of his other arguments is that people tend to throw away pennies which harm the environment. On the other hand, Weller disagrees because people would be paying more since items would be costing more. He argues that low-income family usually uses cash than debit/credit cards and purchases items through all change. If the penny would be eliminated the U.S. would have to mint more nickels and making a nickel cost a dime which the U.S. would be losing more money. Weller says if people don’t find the use in pennies he suggests that they shoudl donate their pennies to charity.

Dear eidi :
I am impressed by your post, “should the Penny Be Eliminated?” because it’s inciteful to know that’s its affecting our environment and an alternative about how to go about it.
One sentence you wrote that stands out for me is: “In my opinion, I think the penny should no be eliminated because I think of it as money” I think this is great because we get a clear understanding of where you stand with this and its true every penny counts.
Thanks for your writing. I look forward to seeing what you write next because I like how straightforward you are when it’s time to give your opinion. the other thing is how you follow that with personal experience
-Cynthia