Should the Government Invest in Green Energy?

Home Should the Government Invest in Green Energy? 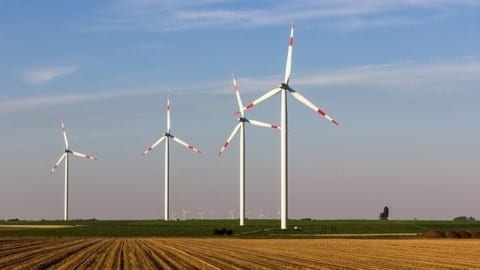 Renewable energy is a subject that the Obama Administration has taken great interest in. The government is trying to deviate from traditional energy sources like natural gas and petroleum that pollute when burned. Alternative forms of energy include hydroelectricity, nuclear energy, wind energy, solar energy, geothermal energy, biofuel, and the hydrogen economy.

One promising form of alternative energy in Utah is wind energy, in which energy from the movement of wind is collected in windmills, or wind turbines. A wind turbine is the opposite of a fan; the wind turns the blades, which turn a shaft, which then connects to a generator to make electricity. Along with wind energy, solar energy is also very promising in the desert climate of Utah. In this allotted time, I did not determine which source of energy is most promising as green energy in America’s future, but I can now conclude that Utah has a lot of potential for improvement in terms of the utilization of renewable resources.

I really enjoyed your reading your post! I agree with you that alternatives ways of producing energy is a good idea. Using the wind and the sun may be a more expensive way to produce energy, but it saves us from global warming. Do you have any solar panels in Utah? We have some in Michigan, but there are a lot more wind turbines. What do you think the government needs to make more states use the wind and the sun as a source of energy?

I also like the direction the Obama administration has taken regarding wind power. Here, in Michigan, we have many (hundreds?) of wind turbines that produce quite a bit of energy that’s replacing more expensive, less environmentally sound energy sources. I hope more states pursue this method. And I hope the next POTUS continues to support it. It’s not perfect, but it’s a better direction. I made a video about it: https://vimeo.com/180317766

By the way, I’m a teacher from mid-Michigan and I work with Mrs. Reed.