Should the Drinking Age Be Lowered in the US?

Home Should the Drinking Age Be Lowered in the US? 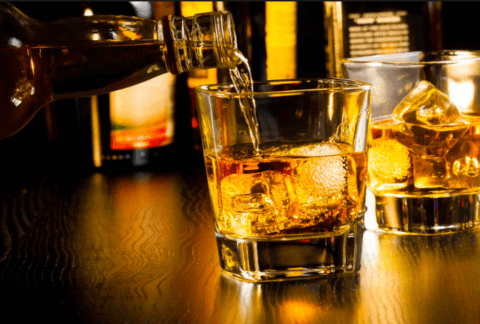 According to Professor Engs’ article Why the Drinking Age Should Be Lowered: An Opinion Based upon Research, the drinking age should be lowered to 18 or 19, and allow young adults to “drink in controlled environments such as restaurants, taverns, pubs, and official school and university functions.” Essentially, his reasoning is that our current system is not working, so a new approach is necessary. The approach that he discusses involves looking back in time when these problems weren’t prevalent and seeing if the rules of that time applied today will help the issues we are facing.

Though he also agrees that the drinking age should be lowered, Brandon Griggs’ article Should the U.S. Lower its Drinking Age?, takes the approach that the drinking age should be lowered because placing such novelty on alcohol without teaching kids their boundaries only results in trouble. This leads to kids abusing the use of alcohol once they finally reach the age limit. Griggs also notes that the person who is starting the movement of trying to get the drinking age lowered is a college professor who states that it would actually be better to have kids under supervision so that they can learn their limits with alcohol in a safe environment.

Before researching the topic, I already had the sentiments that the drinking age should be lowered. Similar to Griggs, I also thought that presenting alcohol as an elusive, unobtainable substance only leads to the misuse of alcohol later on in their lives when it is available to them. I hadn’t however took on Engs’ mentality in thinking of lowering the drinking age as an opportunity to teach kids their limits with alcohol while being in controlled environments. Ultimately I think that lowering the drinking age would primarily serve to benefit kids and society as a whole.

This is a really interesting argument. But I think the argument for lowering the drinking age is not to strong. Although it can probably show youth to be more responsible, it can still be damaging and hurting them. Here, we have it at 21 specifically because of the brain development. Perhaps there is more research needed to be done to define and solidify the argument of lowering the drinking age.

Interesting theory Kasandra, but I think the argument that it should be lowered because people will do it illegally is a bit weak. The reason that the drinking age is higher in the USA is because it affects the development of brains. I also don’t necessarily buy the argument people will drink more responsibly if it’s legal. In my eyes, people will still party and therefore people will still drink.
https://www.cnn.com/2014/07/15/health/science-drinking-age/index.html

The way you mentioned “looking back in time” made me think of England and other European countries which have kept their drinking age lower than the United States’. When you said “look back in time”, did you allude to the USA’s old drinking age or Europe’s? I found this article about drinking in Europe VS the USA because I think showing the difference could help support your opinion. http://sbpress.com/2018/05/drinking-in-europe-vs-america/ The reason why I found your post intriguing is because I’ve been to Europe and I’ve noticed how different the drinking culture is. I think that the USA should lower the drinking age because it would allow youth to be more responsible. I’d like to continue reading if you added specific examples about underage drinking consequences that would change if the legal age changed.