Should the Death Penalty be Allowed?

Home Should the Death Penalty be Allowed? 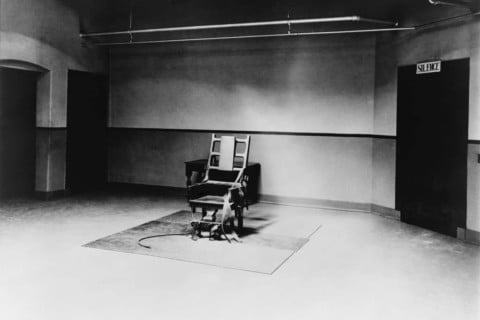 Amnesty.org argues that the death penalty in Florida ultimately hurts their reputation in
“Florida’s Diehard Pursuit of the Death Penalty is a Blot on the Sunshine State.” Florida is one of the few states that still push the Death Penalty, having the second largest death row in the country. 19 states have abolished the death penalty, though Florida has yet to put an end to the killing of people with mental and intellectual issues, much less the killing of everyone in general. Since 1976, Florida has had the 4th most executions in the country. Florida also has issues allowing death row inmates from having their death penalty reviewed before their execution, limiting the effect of Hurst vs Florida which increased the role of juries in deciding punishment.

As mentioned earlier, the issue of the death penalty has returned to the Supreme Court through Madison v. Alabama and Bucklew v Precythe. While the Death Penalty is shrinking in the U.S, some issues still need to be ironed out. In Madison v. Alabama the issues is about whether or not it is moral to execute those who cannot remember their crime, and Bucklew v Precythe is about the execution of people with physical conditions. In the case of Vernon Madison, he murdered a police officer in 1985 and have since suffered a series of strokes, leading to him forgetting his crime. The argument is that no justification or retribution can be gained by executing someone who cannot remember his crime. These are both questions that need to be answered surrounding the requirements and boundaries for the death penalty, and show that this is still and issue we are trying to work out today.

This is a good introduction of the death penalty that I don’t think most people know. I like how you brought up the significance it has on one particular state. I would like to know what are the other states that have the highest rate of people killed on death row.