Should The Cleveland Baseball Team change their name?

Home Should The Cleveland Baseball Team change their name? 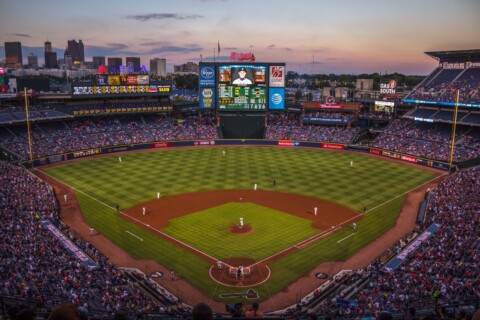 The franchise, which announced the name change in a tweet Friday morning, had long faced pressure from activists locally and nationally to ditch. The Cleveland Indians plan on changing their team name, Cleveland just said it was going to review whether a name change is needed. Major League Baseball’s Cleveland Indians will be known as the Cleveland Guardians beginning in 2022, after saying last year that the team would review the name it’s had for more than a century. The team announced the name change in a video posted this morning narrated by Tom Hanks.

He left the team in 1914 and the Naps could hardly be named for a player on another team. Owner Charles Somers talked with local sportswriters, who offered the name Indians, in honor of former player Louis Sockalexis, a Penobscot Native American from Maine. Saying goodbye to the Cleveland Indians and hello to the Cleveland Guardians caused a varied reaction among baseball fans. Can anybody believe that the Cleveland Indians, a storied and cherished baseball franchise since taking the name in 1915, are changing

When will Cleveland’s baseball team have a new name?

Why is the Cleveland baseball team  making the change now?