Home Should self-driving vehicles be allowed to drive on public roads in the Unites States? 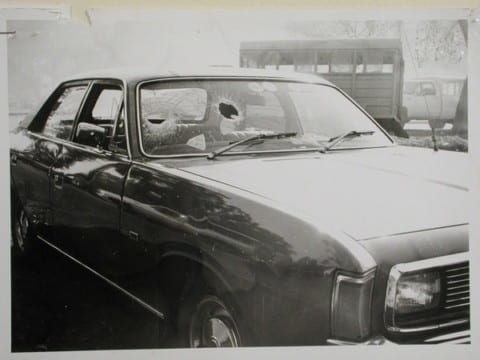 Since the beginning of 2012, 17 states and the District of Columbia have debated legislation regarding authorizing self-driving cars on their roads. However, only California, Florida, Nevada, and Washington, D.C. have actually enacted any such laws. Of course, that may not mean that autonomous vehicles are illegal to operate on the roads of other states, only that they are not expressly authorized.

Most states’ laws are silent as to whether a human being holds the wheel or not. They typically require a human to be “operating” the vehicle, but the specifics of how many of the vehicle’s tasks must actually be undertaken by the driver and which can be taken by the vehicle are not clear. Of course, the laws of most states assume a human being will be in control, but this legal vagueness means that autonomous vehicles may technically be allowed to operate over the roads provided a human being sits behind the wheel.

Ultimately, just as with the Internet, the technology itself will decide how the law evolves to cope with self-driving vehicles. Google and Tesla envision a world where autonomous vehicles are the norm, and car travel becomes safer than flying. If that is the case, it is a given that a great deal of legislation and government regulation will occur over the next few years as this technology becomes mainstream.

This matters to me because I am a lazy person and I have always been enthralled by the idea of self driving cars. When I was just learning to drive I was blessed with the opportunity to be able to drive a Tesla model X. The Tesla model X has the option to be able to drive itself. Since then it has been my dream car to have. I think that the roads of the future will be a lot safer with self driving cars on the road. I also think that it will help with people driving under the influence and will give people the option to not have to have a designated driver.

I think this is very dangerous, because people have consciousness, unlike robots.
I think I read something about it here.

Johan I found your topic very compelling. Seeing a dream become a reality is very cool. With self diving cars becoming more popular I think legislative will need to take a stance like you said. I found it very fascinating how you said only a few governments have taken a stance since it is a pressing topic. I personally do not agree with self driving car. I think there is too much room for error and more problems are likely to arise because they can not process every situation a human can. I hope you continue research into the topic maybe finding out how they work and process our world would be cool. Here is a link below for more information.
http://www.businessinsider.com/autonomous-car-limitations-2016-8

Johan this is a very interesting topic! We have been seeing the idea of self-driving cars grow from just an idea to a reality. I’m sure legislation will be forced to decide on a regulated law in the near future as these cars gain popularity. Personally the idea that a machine is in control of my car scares me so I would never be up for this but it sounds like many people would be. I feel like there could be very bad liability issues when these cars do make mistakes. Also I’m sure it would take many years for companies to perfect these cars but for the mean time there could be major issues. Well done and I would love to learn more. Here is an interesting site I suggest you read if you would like to get more into it.

Johan,
This is a really deep issue that extends to more than law and science. Ethically, we don’t really seem to have an answer about whose fault it would be if an autonomous vehicle caused an accident. Furthermore, there may be situations where the vehicle has to either hit one thing or another and must be programmed to decide on one, while a human may be breaking the law by making the wrong one of two choices but not the other, what if the car’s programming “sees” that “wrong” choice as right because it’s less likely to hurt its passengers? I think autonomous vehicles are amazing and would be much more safer than manual cars if they became widespread, but we’re still a very long way from deciding what they should ethically be programmed to do and therefore how laws should apply to them.

This is a fascinating subject, one I posted on myself a little while ago! The legal, legislative, and moral imperatives surrounding autonomous vehicles are, as you said, unclear at best. For my part, I believe there won’t be any issue with the current law (no express authorization or regulation) and neither with the general public until someone gets hurt by a self-driving car — regardless of who’s behind the wheel.

Take a look at what many people think about “moral machines:”
http://moralmachine.mit.edu/

Dear Johan, I really liked your post about the idea of allowing cars to be made to drive themselves. What I found lacking was pros and cons of self driving cars and you took a neutral position on weather they should or shouldn’t be legal. I think if you took a side for example, talking about why self drving cars should be legal you can say a pro would be decreasing the number of traffic jams, or a con would be the lack of personal satisfaction of driving.