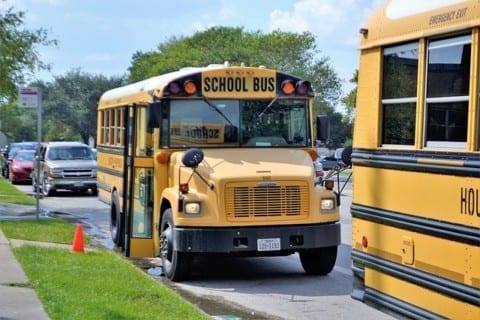 Students online speech should be limited to some extent because cyberbullying can affect people’s confidence, ruin their reputations and even break government laws. By limiting student’s online speech schools are overall creating a safer environment for students and their well being. However, there is an extent to which schools should be allowed to monitor and punish their students for what they post online.

Cyberbullying can affect the victim in many negative ways. For example, people who have been cyberbullied can suffer from anxiety, depression and even suicidal thoughts.  In a survey conducted for a British School, teacher’s reported that only 15.1% of them have ever been victims of bullying. Although these numbers seem low, 38% of that 15.1% reported that it “reduced their confidence and self esteem” 12.5% reported that they “had to go to the doctor or took sick leave, suffering from illness/ stress” (Doc. B) Essentially, 12.5% of these teacher’s were so affected that they had to seek medical attention due to the stress that was coming from their own work environment. 4.5% of these bullied teachers even reported that they became “scared outside of work”. Cyberbullying can happen to anyone, in this case the 15.1% of those teachers reported that 44.2% of that bullying came from their own students, therefore they were forced to endure this behavior in their own work environment and they should not have to.

The victims of cyberbullying typically tend to try to ignore the ongoing harassment. However, sometimes the bullying, threats and harassment become too much to bear. In a case regarding a Berkeley County school and the United States Court of Appeals  a student was found guilty of creating a “hate website” in which she accused her classmate of being “sexually promiscuous” This student had invited “about 100 people to join the group, and about two dozen Musselman High School students and about two dozen Musselman High School students accepted.” (Doc. C) School’s should be able to limit and control this type of behavior because it is affecting the lives of their student and ruining their reputations. “…There is surely a limit to the scope of a high school’s interest in the order, safety, and well being of its students when the speech at issue originated outside the schoolhouse gate…” (Doc.C) As soon as an issue begins to affect school’s student’s directly and evidently it is important to intervene and hold the perpetrators accountable for their actions.

Limiting what students have access to and do on the internet while at school is important because many laws can be broken via the internet. In the cartoon depicted on Document E, the principal appears to be in a nonchalant state while he asks “Tell me, teacher, what’s they steal this time…credit cards…bank accounts…Social Security numbers?…” the teacher who appears to be tired responds “Privacy and dignity…”. The principal appears to not really care too much and the teacher seems used to it, however, the principal lists things that can be fraudulent and break the law. Therefore, it is important to limit student’s speech because these things can severely affect the people involved as well as maybe even be enough to get them into jail.

Although some might argue that schools should not be allowed to limit their student’s online speech, there is a limit which school’s should not be allowed to cross. Student’s should only be held accountable and punished for cyberbullying when it directly affects the lives of those involved, especially if it is affecting their performance at work or in school. It is important to know when school’s can intervene because if not done correctly the school runs the risk of violating student’s first amendment. In a case regarding two student’s and the Blue Mountain School District and the United States Court of Appeals, two students were suspended for creating a profile talking about a teacher. After being taken to court, the court had decided that “the School District violated J.S’s First Amendment free speech rights when it suspended her for creating the profile”. (Doc. D) Therefore school’s must be cautious to make sure that they don’t violate their student’s speech online.
Schools can and should be able to limit student’s online speech to an extent especially when cyberbullying is occurring because it can affect people’s confidence, ruin their reputations and even break government laws. However, there should be an extent to which they can get punished for what is said online because student’s do have freedom of speech which is protected by the first amendment.