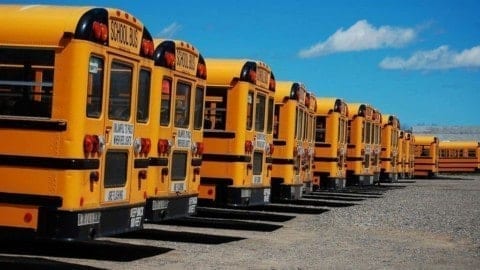 Are you a firm believer that students online speech should be limited or not limited? Students, parents, teachers, and administrators are all wondering if students should be punished for their actions on social media outside of school. It is noted that schools must maintain a safe learning environment but what do posts made online interfere with the actions at home.

When creating a social media account we are agreeing to the cite terms and aware with the consequences that may come along. It can be noted that cyberbullying is an issue in today’s society but we are also able to choose what we wish to see and also block or disregard things we dislike. In the K.K v. Berkeley County Schools case, the US court of Appeals it states “…There is surely a limit to the scope of a high school’s interest in the order, safety, and well being of its students when the speech at issue originates outside the schoolhouse gate”. This can demonstrate how it was beyond the schools’ control and how they still continued to attempt to manage the situation in which K.K won overall.

Another similar situation took place in the 1969 case of “Tinker v. Des Moines Independent School District” where the supreme court ruled that students like the two involved Mary Beth and John Tinker have free speech rights that do not end once present on school grounds. Due to the rise in suicide attempts in which teens have been very near to close death experiences as a result school administrators feel entitled to punish those for their online activity despite the occurrence being outside of school hours. For example, in the ACLU Statement it is stated, “…We believe that any restriction specifically aimed at [limiting] the speech rights of [people under age 18] in the new electronic forum is a step in the wrong direction and not in keeping with the ideals of our constitutional framework”. By acting on situations outside of school we can be invading the first amendment of the individual in which we have no right to do so.

If any bullying or harassment took place at on the premises of any school they would have the ability to take initiative in how they would like the situation dealt with. Taking action on issues non school related goes against the individual’s first amendment right because it was done on his or hers own time. In the Tinker v. Des Moines Independent School District case, it can be inferred that the rights of a student should be respected by the school when dealing with situations involving their freedom of speech and expression. The United States Court of Appeals for the Third Circuit stated, “Under Tinker, therefore, the School District violated J.S.’s First Amendment free speech rights when it suspended her for creating the profile”. This shows how when schools are dealing with situations like or similar to the Tinker case they do not realize that they are interfering with their rights.

When attempting to act upon issues taking place outside of the school environment officials do not realize the big problem they are creating. Suspensions and consequences given to students for actions done outside of the premises invade the first amendment rights by not allowing them to express their freedom of speech and freedom of self expression. So I ask again are you a firm believer that students online speech should be limited or not?

Vanessa, thank you so much for writing this piece. I really enjoyed reading it, and I think that the concept of freedom of speech in schools is very interesting. When your brought up the point “If any bullying or harassment took place at on the premises of any school they would have the ability to take initiative in how they would like the situation dealt with”, it made me think of the Fraser case, which is similar to the Tinker Case, but has a different outcome. Free speech is allowed in schools, but not if it is affecting other student’s ability to learn in any way. I think you would like to check this out: https://www.oyez.org/cases/1985/84-1667

I think that there are arguments to be be made either way. I found it interesting that you brought up the Tinker case, because I’m covering that case in another class right now. In the Supreme Court decision for the Tinker case, the court ruled in favor of the students, and the majority leader wrote that speech in school could be limited by the schools, but only if the speech would “materially and substantially interfere with the…operation of the school”. I think that based on this case and others like it, students should be limited in their online speech if it is interfering with the operation of the school. However, if their speech doesn’t interfere with the school at all, it shouldn’t be regulated.

I think there are several issues at hand here. Obviously, cyber bullying is a cancer that came along with the digital age and needs to be dealt with, however schools should also ensure that they protect the rights of their students, like free speech. I think the best solution to this problem is for the courts and states to make laws around cyber bullying as a means to protect minors, because the courts are supposed to protect citizens from harm. Example’s include is cat fishing and giving threats. If cat fishing is a punishable crime and threats are punishable crimes, what makes cyber bullying different. However, if these things occur off of school property, they should be the states issue to deal with, not the schools. However that can go either way. If it does occur on school property, as most posts have times and locations now, then the school should be liable to deal with it because they have failed to protect their students. This website has some information on cyber bullying laws. https://www.gaggle.net/speaks/is-cyberbullying-illegal-in-your-state/ What are some solutions that you think would benefit both victims get justice and the rights of all students?

Vanessa, I thoroughly enjoyed reading your argument about why schools shouldn’t regulate a student’s online speech. By using Supreme Court cases and the ACLU to back up your thesis, your argument was well supported. Your writing was incredibly eloquent and concise making it easy to follow along and understand what you are saying. Another SCOTUS case to look at might be Bethel School District No. 403 v. Fraser (https://www.oyez.org/cases/1985/84-1667). In this case, the Supreme Court actually sided with the school instead of the student. The judges we once again able to define how a school can limit a student’s speech.