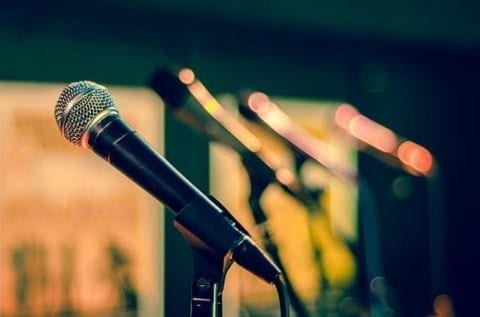 Do you  think that giving teenagers too much  online privileges can affect people around the world ? There are many new ways to do stuff now that the internet has became a huge part in our lives , but some people use it to target others and not for the purpose it is used for . So that makes me think , should schools be allowed to limit students online speeches ? Based off the information gathered , schools should be able to limit students online speech .

Schools  should be able to limit students online speeches because their is  situations where things get out of hand and the students think its okay for them to bully others throughout the internet . For example In a statement submitted to the Congressional Subcommittee Hearing on Cyberbullying, the ACLU wrote ,”school administration concluded  K.K created a hate website .” The student was attacking multiple students from an online website . There should be consequences for the attacker and in this case the school got involved and gave her a punishment of a ten day suspension . This is a great reason why the schools should get involved in limiting the students online speech because it sends a message to them saying that there’s consequences for their actions .

Over the years cyberbullying  and bullying has become a massive problem due to the students being able to say anything they want to others thinking it’s their freedom of speech . Students should be able to have their own opinion on things and people but they should not be able to express themselves about someone over the internet because it is bad enough that the students bully others physically and to continue bullying them throughout the internet is too much for an individual to handle . For example In a political cartoon by Jimmy Margulies, he illuminates the idea that ,” Harassing conduct creates a hostile environment when the conduct is sufficiently severe, pervasive , or persistent so as to interfere  with or limit a students ability to participate in or benefit from the service , activites , or opportunities offered by a school . “ This shows that students feel that they are not able to do or participate in activities due to them being scared that they will be bullies .

Over all schools should be able to limit the students online speech because if the schools get involved in the situations they can prevent others and protect others for being bullied online and in person .

Dear nayeli
I am imprecionated by your essay Should Schools Be Allowed to Limit Students’ Online Speech? ‘’Because… Schools should be able to limit students online speeches because their is situations where things get out of hand and the students think its okay for them to bully others throughout the internet one sentence for your wrote that stands out for me is:´´ bully others physically and to continue bullying them throughout the internet is too much for an individual to handle´´ I think this is bad because… the bullying is a thing very bad for the teenegears thanks for your writing. I look forward to seeing what you write next, because… you write about a thing very important for the people hoy en dia because is very important

This a really interesting piece of writing. I like how you included information and quotes from a committee hearing to supplement your argument. It was also interesting how you brought up the issue of free speech when it comes to censoring what students are able to say in the interest of protecting others. Though on a slightly different topic of free speech and social media, you may find this article helpful/interesting https://constitutioncenter.org/blog/is-high-school-student-speech-protected-online

This is an interesting topic. I understand your point that schools should intervene in harmful online activity in order to provide a safer environment for their students. I do have a couple questions though. How would schools know when they need to intervene? How would cyberbullying between people in different schools or even in different states be punished if at all? Would the schools just have to act on reported incidents or would they monitor students phones? Would this monitoring create an untrusting and violating situation in itself? I think your point is valid, but I would like to hear your thoughts on some of the repercussions or flaws of schools being able to limit students’ online speech.

You provided compelling examples for supporting school involvement in student online activity. I found a Scientific American article regarding student mental health and social media, and I believe this may help your research. https://www.scientificamerican.com/article/social-media-cyber-bullying-linked-to-teen-depression/
I think it would be interesting for you to include court cases regarding online speech specifically in schools.

This was a very informative article! I found how schools have the ability to punish kids for online abuse very interesting. Here is an article you might find helpful. https://www.scholastic.com/teachers/articles/teaching-content/cyberbullying-what-teachers-and-schools-can-do/