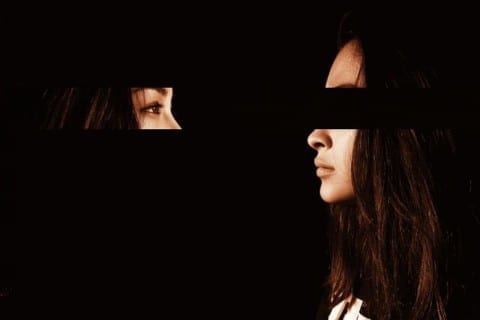 Students online speech should be limited because it causes lack of self confidence, affects individuals performance in schools, and can lead to a widespread problem on individuals.

Students online speech should be limited because it causes people to lose self-confidence. There was a survey of British School Teachers, and the results were unbelievable. In the survey conducted by the “Association of Teachers and Lecturers and  Teachers Support Network”, we learned that out of the 15% of cyberbullying victims, more than 38% have had a reduction of self-confidence/esteem. The perpetrators of the cyberbullying problem have been students. According to the survey, 25% have felt stressed about going to work. This survey was made to inform individuals about the increase in cyberbullying. The purpose of it was to show that they care about the mental health of teachers and how much cyberbullying has increased on social media since 2009. Lack of just one of the many outcomes of students online speech and why it should be limited.

People may say that they can’t express themselves online, but that’s the main reason why it should be limited. It’s affecting students and teachers performance in schools. According to the survey by “Association of Teachers and Lecturers and Teachers Support Network” it states, “Reduced  productivity or teaching effectiveness” to more than 15% of teachers. This is also causing low self esteem and affecting their homelife. I believe this is making it harder for students and teachers go to school because they aren’t focused and are too stressed. Many teachers have complained about the cyberbullying online but the admin isn’t really caring about it. According to a sketch by Jimmy Margulies, it’s showing a teacher talking to the principle that the students are stealing their privacy and dignity. Teachers are not getting the attention they need and respect they deserve. People have feelings too and should not be getting bullied off and online. People try to express themselves online but that just causes people to have their feeling hurt, that’s why students should be limited.

Students online speech should be limited because it can lead to a widespread problem on individuals. It’s interfering with the limit of students ability to participate in any services and activities in school. According to the letter to school administrators from a US Department of Education official, it warned administrators that they must “take seriously incidents of school-based harassment and discrimination”. Cyberbullying is violating civil rights and districts need to reduce bullying in school. Any misconduct that falls under a school’s anti-bullying policy “may trigger responsibilities under one or more of the federal antidiscrimination laws”. Harassment doesn’t have to be physical or harmful but it’s creating a hostile environment to students ability. I have heard about a lot of kids who have been bullied became depressed and sad to say, even committed suicide because of cyberbullying. People have also become emotionally and physically unstable because of the bullying. Cyberbullying is a very important situation because of the misconduct that’s happening in the environment.

Students online speech should be limited because it causes lack of self confidence, affects individuals performance in schools, and can lead to a widespread problem on individuals.

In the article, “Should Schools Be Allowed to Limit students’ online speech,” I learned that the author believes online speech should be very limited for all the mishaps it causes of lack of self-confidence, performance in school, and is a general widespread problem that happens too often. Cyberbullying gets played off very often and may not be taken as seriously since it is not physically stated or there is no physical abuse happening but it can be very harmful to people’s mental state. Not only do you start feeling unmotivated at school but at home too.

I think with these reasonings it is very clear as to why many would want to limit the speech shared in schools and would want more rules enforced with school and on cyberbullying. It must be difficult dealing with these problems on your own or someone not understanding what it is you going through and may feel like everyone is against you. It’s sad to see how many get pushed so far that they feel the need to do harm.

How can we improve cyberbullying?

Looking back at the second paragraph opening sentence I understood that students may feel like their speech is limited making it hard for them to express themselves and that, “that’s the main reason why it should be limited”. I feel like there should be restrictions to their speech such as restricting name calling or true threatening comments; however social media is now used for big forms of activism. I am actually using social media to make a stand against bullying right now, so I think that if we truly limited the freedom of speech we have now on social media, teenagers could be restricted from reform movements because that is a way we express ourselves now. So I wonder if you could maybe remove the phrase “express themselves” and replace it with something more direct in the sense that the speech you’d like to be limited is strictly words of attack against another person? I truly thought that this was a moving article and believe that cyberbullying is a problem today that we need to choose, so I appreciate this article by bringing awareness to the issue.