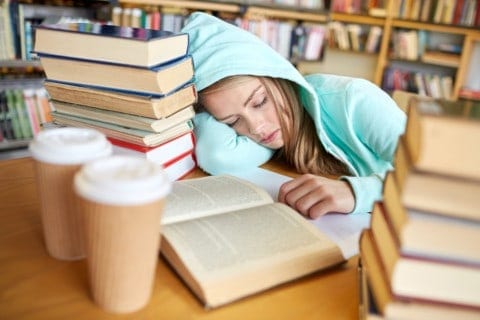 Hey Kayla!! I agree with you that school should start later and that the pros outweigh the cons! I liked how you addressed how it may be hard for some families with jobs to drop off their kids earlier and definitely think that is something that would need to be addressed if school were to start later. Here is an article I found that shows an example of a schools starting later in California. https://www.nytimes.com/2019/10/14/us/school-sleep-start.html Enjoy!

Hey Kayla! I agree that school should start later. There are so many benefits to the students and the teachers. Here is an article that I think you would like. Enjoy!
https://www.sleepfoundation.org/articles/backgrounder-later-school-start-times

Hi Kayla! I agree that the school should start later. If the school starts later, a later start can help students get more sleep, which can make the students feel more energetic the next day, and they will not sleep during class. I think in the long run, this is more harm than good.
The following article can help you learn more.
https://www.cdc.gov/features/school-start-times/index.html

Hi Kayla.
I agree with your argument that school should start later in order for students to get more sleep and maintain good mental health. You addressed a very good problem that if school were to start later, then most students would stay up later at night because they know they can. I found this link that might interest you and give more information towards this argument. http://neatoday.org/2019/02/27/what-happens-when-schools-start-later/

Hi Kayla! I agree that school should start later. Later start times could help students get more sleep, if they didn’t stay up too late that is, and it could also allow students to get up and finish their homework before school without being stressed. This would make it so the student is more focused on the task and not just turning something in to get the points but not actually learning anything. I understand the cons but in the long run I think those could be easily dealt with, the pros are more impactful to the student in the long run.

Hi, Kayla
I love your post very much. It is indeed a little early for the school to arrange 8 o’clock, and maintaining adequate sleep is also very helpful for the development of our brain, but as you said, many parents ‘work starts at 8 o’clock, and going to school too late will affect the parents’ work arrangements. We can go to bed early to maintain adequate sleep because late sleep also affects our health.
This link may interest you
http://neatoday.org/2019/02/27/what-happens-when-schools-start-later/