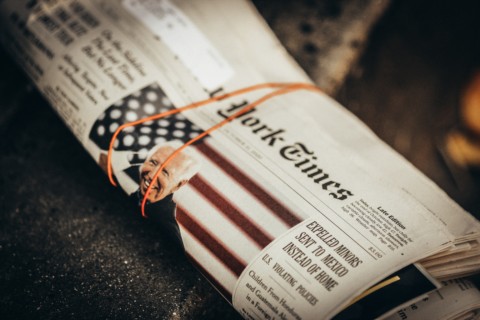 The Electoral College has been the source of great discussion on the political stage. The argument surrounding it is mostly about whether we should get rid of it entirely and replace it or not. However, there is a secondary argument happening about what to replace it with. While the popular vote seems to be the most widely agreed upon amongst those who agree with the Electoral College’s repeal, a new solution seems to be picking up steam, Ranked Choice Voting.

Ranked Choice voting is a sect of the Popular vote that attempts to address the Popular votes issues. In this system, a voter would rank exactly which candidates they would prefer to win from most to least. From there, as certain candidates become less of a feasible choice, their vote will transfer from their first choice, a less viable candidate, to their second choice, a more viable candidate. This leads to a candidate with the majority’s support winning every time because they will always be the middle ground.

Ranked Choice voting however is extremely controversial because while there has been some large real world examples, such as 4 U.S States, Ireland, Malta and a few other countries, there has yet to be any research that can definitively say whether or not it is harmful or helpful. Some argue that because it makes voters feel like their vote matters, voter turnout will increase, while others argue that because this complicates the process, it may lower voter turnout. There are arguments saying this may eliminate extremism and create a more peaceful political conversation. This is because politicians will no longer fight to be the first choice of voters, but, potentially, the second or third. The opposition argues that it would make no difference at the end of the day because we would still be pushed towards the same candidate we would have voted for normally. Some also believe that this system would be much more representative if used correctly, while others argue that it can be easily manipulated and therefore easy to make discriminatory.

The conflict over this method’s efficacy proves that the jury is still out on how good this system is. However, a change to our current electoral system is not likely to come within the next few years. This allows us, the voters, to keep a close eye on those who have taken the step with this new system and assess how well it truly works.

Yara,
This is a very interesting approach to the flawed voting system the U.S. has in place today. We are forced to choose one candidate to represent us, when we know that they certainly don’t cover all the bases and, if they don’t win, we will most likely get stuck with the candidate with opposite views. I do feel like it will make people feel more comfortable when voting, especially those who have views across the political spectrum, however, voting is already pretty complicated and this may lead to incorrectly filled out forms. I found this pretty interesting article on what positive effects rank-choice voting could have on candidates that may be overlooked most times https://time.com/5718941/ranked-choice-voting/
I would really love to see examples of this type of voting that probably changed the outcome of elections. Thank You!