Should Prostitution Be Legal?

Home Should Prostitution Be Legal? 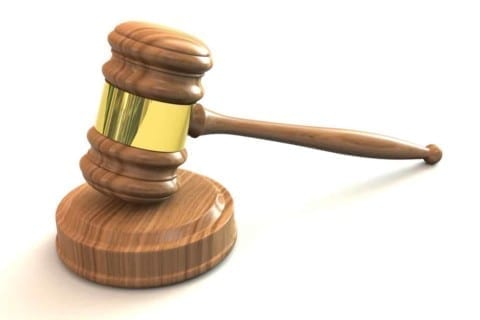 In recent years, there has been an increase in support for decriminalizing sex work. In 2015, 44% of people thought sex work should be decriminalized, due to the growing desensitization towards it. Many people nowadays see sex work, especially prostitution and “escort services”, as a real career. But these people often ignore the ugly side of prostitution: sex trafficking. With both of these sides in mind, should prostitution be legalized? No. It is unfair to ignore the people who don’t choose the profession to accept the few who do.

In the state of Utah, prostitution is a Class B Misdemeanor that can increase to Class A if a person has been convicted more than twice before. It is a third-degree felony to engage in prostitution if the person knows they are HIV positive.

Supporters of sex work decriminalization say that it is a choice to become a prostitute or “escort” and that these people (mostly women) can make a lot of money from this, sometimes hundreds of thousands of dollars. Some sex workers say that their work has helped them with body positivity. Support has grown mostly because of blogs belonging to sex workers on websites like Tumblr. These blogs glamorize the lifestyle of a well-educated woman looking for a way to supplement the money she already makes.

But the number of sex workers who choose their profession is nothing compared to those who don’t. Most prostitutes are trafficked and work through a pimp, who chooses what they do, who their clients are, and how much money they make. Some pimps take most or all of the money a prostitute earns. Not to mention the physical danger sex workers put themselves in: women who are prostitutes are 60 to 100 times more likely to be murdered than women who are not. They are also more likely to experience rape, sexual violence, and physical assault, especially in the places where prostitution is legal. Most women who are prostituted have experienced sexual abuse, rape, molestation, or some other kind of trauma. They also are mostly poor, uneducated women who don’t see any other way to support their families.

Should prostitution be legalized? The answer is no. Most sex workers don’t enter the trade willingly and aren’t even keeping the money they’re earning from their work. Prostitution takes advantage of women and puts them in severe physical and emotional danger. It’s not worth honoring the few who do it voluntarily while we ignore the thousands who don’t. We need a law that punishes pimps and traffickers but helps and supports those who are unwilling prostitutes.

I agree that people should not be forced into sex work. Sex trafficking is wrong and should not exist in our country. However, many of the unpleasant sides of prostitution come from the fact that it is illegal and unregulated. If prostitution were legal, it would be heavily regulated by the government. Criminals would no longer be in charge of prostitution business and it would be much safer. The fact that it is illegal does not stop people from trafficking sex workers, and if it were legalized the government could do more to prevent violence and non-consenting sex workers.

This is a valid argument but I have questions could you add me on snapchat so we could discuss more about this topic?

It’s interesting to see this take on prostitution. In today’s world, we have begun to romanticize sex work, as previously said, and it’s difficult to see how it’s negatively affecting the ones who are doing it. Another arguement to bring into this is why not decriminalize it while offering resources and support to the women who are negatively affected by it? Changing the laws and the way we handle things in terms of prostitution for the common good. Is there even a way to do that?

I really like the argument that you’re building against the legalization of prostitution. Maybe to help support your argument you should look into countries who have legalized it and the issues that their workers are facing. Overall it’s very well written!

I agree with your ideas in the sense that you support the argument based off of sex trafficking. Many of the people in the sex work business are often forced into it with no choice but to make it their job. You stated a well thought out observation of the two main perspectives.