Should people on the “no-fly list” be banned from purchasing guns and ammunition?

Home Should people on the “no-fly list” be banned from purchasing guns and ammunition? 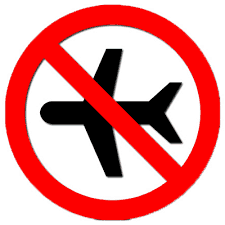 The no fly list is a list of suspected terrorists in the U.S.  On December 7th 2015, there was a shooting in San Bernadino, California, by a suspected terrorist.  President Obama asked for it to be illegal for these people on the list to buy firearms.  The bill got voted down by Republicans in the Senate.

Hillary Clinton added her opinion on “Morning Joe” that she is bewildered that Republicans have not approved the bill yet.  She made these comments shortly after the shooting in Orlando in June.  It was discovered that the man responsible for the shooting had been on the watch list in 2013 and 2014, but had been removed because his case was closed by the FBI.  The government is currently trying to work on a system that would alert government officials if a former suspect on the watch list attempts to buy a gun.

The Republicans put forth a compromise, called the Feinstein amendment.  This would completely block everyone on lists from buying guns, however it would allow for the FBI to look at each case one at a time before making a decision about allowing a suspect to buy firearms.

I think that people that are on the no fly-list shouldn’t be allowed to be able to buy a gun. They are considered to be suspected terrorist who have a very good reason of being on the list. And it wouldn’t cause another mass killing in any other places. So I get what the republican say about the second amendment and how they have a constitutional right to bear a fire arm. But they have a very high chance to use the gun to kill a lot of innocent people.