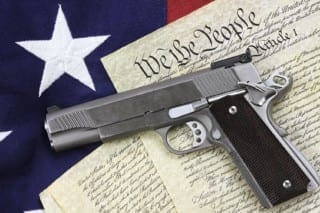 According to the Los Angeles Times, “almost 146 out of 167 mass shootings could have been prevented in the past 5 years if more gun control laws would have been enacted”. Should more gun control laws be enacted? Should guns be totally banned? Should people have the freedom to carry guns? This is a really controversial topic, and I am going to discuss both sides of the story. On one hand, we have those who say that gun control laws shouldn’t be enacted because it interferes with the second amendment which supports individuals to have individual gun ownership. Also, more gun control laws mean less self-defense and less sense of safety for people. I feel like these are pretty good reasons and all of them make sense. Also, according to Poplisticle, guns should be allowed to preserve liberty, to make you more responsible, to make you more knowledgeable when it comes to guns, and to be able to help others when they are in trouble.

On the other hand, we have those who say that gun control laws should be enacted because it will reduce mass shootings and imminent accidents. Especially, people talk about the laws that regulate the use of high-capacity magazines which are usually the ones that are used during mass shootings. Also, people supporting more gun control laws say that guns often get lost, and when a lost gun lands in the wrong hands, that’s when problems arrive. According to knowswhy.com, another reason why guns should be banned is that “crime prevention is a police officer’s job”. We don’t need superheroes walking around the city protecting everyone because we have police officers. Also, some people say that guns are simply unnecessary. No guns equal no violence and no wars. Finally, another reason why people think that more regulations that restrict the use of guns should be enacted is that gun owners are often disrespectful to police officers and other authorities. They think that because they have a gun they should be treated with more respect and they feel like they are above the law and everyone else. While this might not be true for every gun owner, yet there are some people with crazy thoughts and lack of self-awareness.